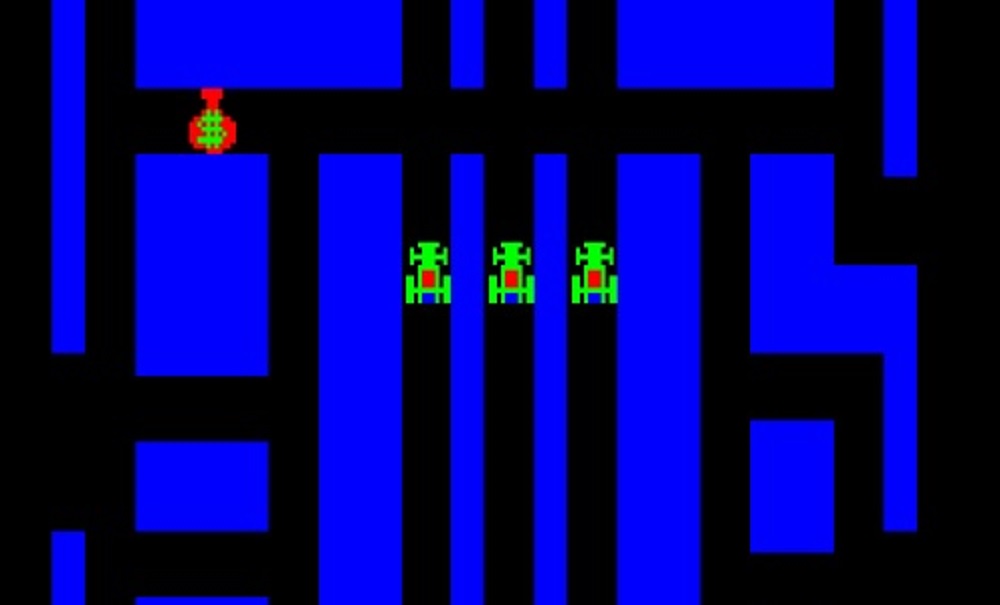 Money is the route of all evil

In one of their most optimistic releases to date, retro-fans Hamster have added Sun Electronics’ maze-racer Route 16 to their expansive Arcade Archives range, with the ’80s arcade available today on PS4 and Nintendo Switch.

Released way, way, way back in 1981, Route 16 has a selection of Formula 1-style cars dash around simplistic mazes. There’s no finish line, the goal is simply to collect as many sacks of cash as possible. I like to think that this was designed as a clever commentary of how the future of F-1 would be led by capitalism. But then, that’s me reaching in order to have more to say about this forgotten game.

Route 16 was eventually ported to the Famicom, and even the Arcadia 2001. I’m not sure what other video games feature Arcadia 2001 and the PlayStation 4 on the same format list, but I’m thinking that’s a definite rare occurrence. Rarity does not always equate to value, however, and it’s your call whether $8 is a fair price for this very basic game, given other releases available in the Arcade Archive collection.

Route 16 is available today on PS4 in Japan and on Nintendo Switch worldwide.