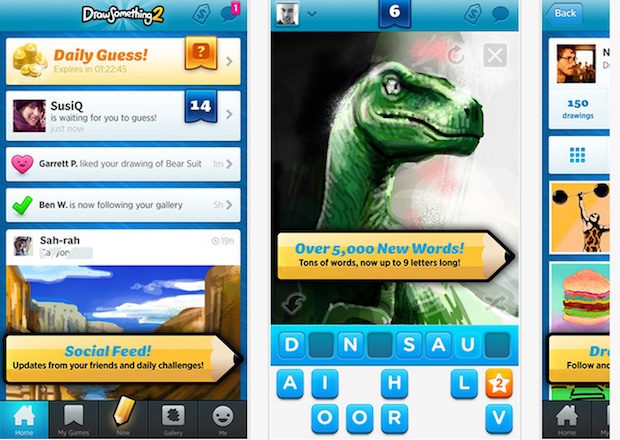 Here’s another excuse to draw dick pictures on your mobile device and send them to your friends. It’s Draw Something 2, the follow-up to the Pictonary-like social game that captured our imaginations for exactly 1.5 weeks last year.

It might be time to jump back in as it sounds like Zynga has come up with new ways to play with others. A new live feed lets players share, like, and even comment on other drawings. You can follow friends and celebs now, just like Twitter. There’s also a gallery feature that lets you store and review your works, as well as your favorite works of others.

There are new drawing tools in this sequel, with support for patterns and textures. The 8-bit pixel pen sounds neat.

Draw Something 2 is available now on the App Store for all iOS devices. It’s coming soon to Android.