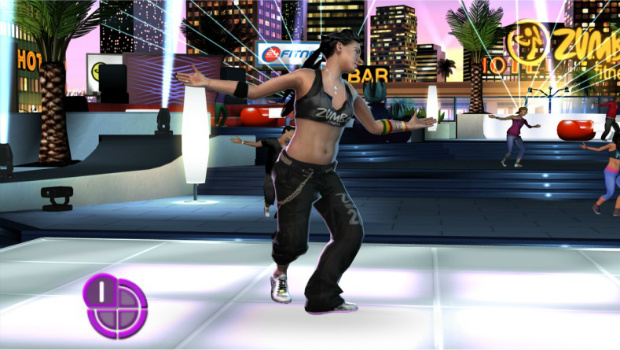 Today I have been reminded that some people actually go out of their way to move around, even when playing videogames. If that’s your cup of tea, then perhaps Zumba Fitness 2 will be right up your street. Apparently Zumba is dancing and exercising at the same time. Like jazzercise! But unlike jazzercise, zumba is also all about fashion, music and it’s a lifestyle. Actually perhaps jazzercize is a bit like that too, honestly it was the only thing that popped into my mind and I probably know less about it than Zumba.

If you’re equally as ignorant of Zumba as I appear to be, then this video from the creator and instructors from Zumba Fitness 2 may enlighten you or at the very least entertain you with bright colors and chipper people. The video and new screenshots also reveal some of the new dance styles available to players (or would that be dancers?) Since we all know that dancing alone is a little bit sad, Zumba Fitness 2 has a party mode for up to four people, along with Single Song and Full Class, so it’s a bit like playing a single mission or doing the whole campaign.