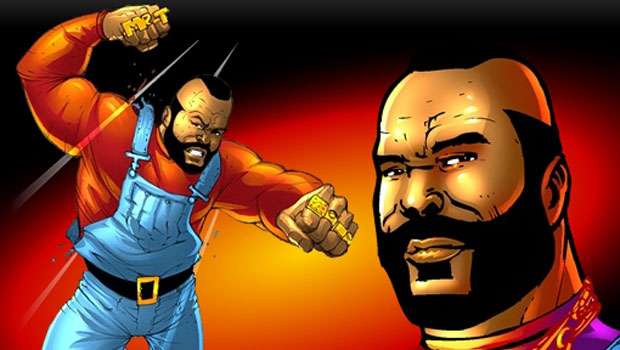 Earlier today, developer ZootFly announced plans to release an action game starring Mr. T. In its announcement, it referenced the jungle, Nazis, and Will Wright.

As amazing as it all sounded, we were shocked. So we had to find out — is this thing for real? But perhaps ZootFly’s Bostjan Troha had a better question for us.

“Is there anything cooler than Mr. T taking on Nazis and their war machines?”

DESTRUCTOID: First off — with all respect, but I must ask — really? This concept sounds insane.

Troha: Yes, this time ZootFly managed to secure the license before starting the development, unlike Ghostbusters. [Editor’s note: ZootFly had famously created a Ghostbusters prototype game before securing the license, one that eventually landed at Terminal Reality.] The concept is what Mr. T fans would want, I hope.

Is there anything cooler than Mr. T taking on Nazis and their war machines?

Good point. How did you get involved with this project? Did Mr. T and [his company] Mohawk Media approach you, or was it the other way around?

We were looking for a similar license for a long time. A license that’s not owned by a mega-corporation, but rather by a person or a small company. It’s tough for a developer to compete with big publishers in securing a cool IP from, say, movie studios. We don’t have a snowball’s chance in hell of getting X-Men, for example. I’d be surprised if 20th Century Fox would even reply. If, on the other hand, your last name is “Activision,” then…

What Mohawk did with the Mr. T graphic novel was great. They made a superhero out of a superhero. A superhero that’s on par with every Marvel character.

Mr. T is, and always has been, about over-the-top action… he’s a huge character. Larger than life. Is that what we can expect from the game?

Yes, absolutely. Think God of War meets with Mr. T instead of Kratos, plus the ability to control giant robots and bosses spiced with Wolfenstein-like paranormal Nazi powers!

You need to clarify this Will Wright thing. It can’t possibly be the actual Will Wright, but a character based on him, right? Of all people, why Will Wright?

It’s actually Will Wright. Similar to Mr. T who is not really a character, but an actual person, Will will “play” himself in the game.

However, again similarly to Mr. T who’s not a superhero in real life but a massive celebrity, Will is a geneticist in the game, but a game designer in real life. He’s a hero for many — not only avid gamers — and I can easily picture him as a geneticist helping Mr. T save the world.

Will Mr. T be voicing Mr. T? You can’t get someone to do an impression! It would never work.

Absolutely not. I am sure Mr. T will be happy to voice the game.

It has come to my attention that the composer for the award-winning BioShock, Gary Schyman, also did the theme for A-Team. You should give him a call. Not a question, just a suggestion.

Thanks for the tip! I’ll definitely contact Mr. Schyman.

When will be see this game in action?

This is the first step — we secured the license and are working on a detailed design. Next we have to find a publisher who’ll pick up the opportunity. I hope there will be interest!