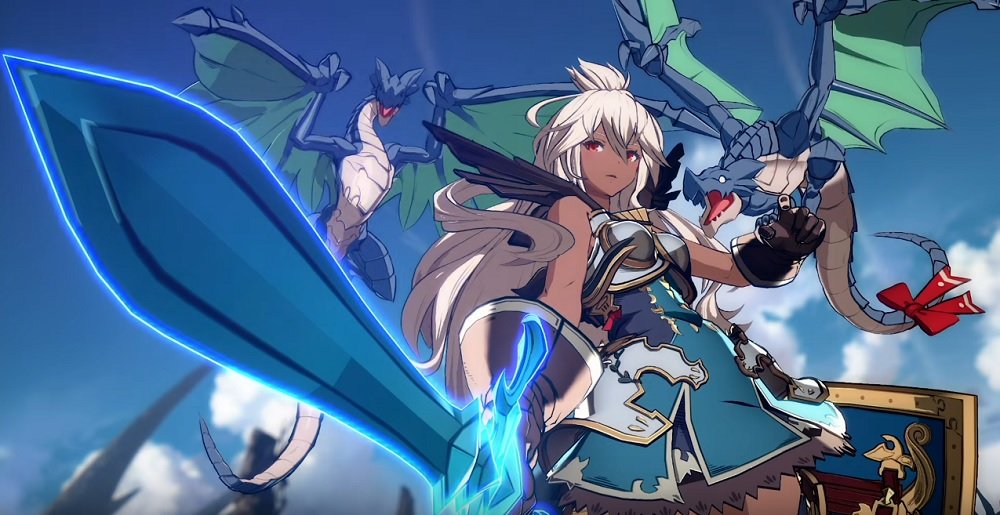 Quit dragon it out

CyGames and Arc System Works have officially revealed the fifth DLC character headed to lush fighting game Granblue Fantasy: Versus, and of no surprise to anybody it is indeed the guardian of the skies, Zooey, as inadvertently revealed late last week.

As you can see in the hard-rockin’ video below, Zooey certainly seems to be momentarily casting aside her kind and sympathetic nature, proudly stepping into battle armed with a resplendent sword and shield combo, whilst accompanied by some spirited wyvern pals. In fact, it was noted by Gematsu that Zooey will have an exclusive “Wyvern Gauge”, so no doubt her winged friends will serve her well in combat.

As demonstrated by the new trailer, Zooey is the final character in the GF:V character pass and is expected to arrive late April. Zooey will follow on from Beelzebub and Narmaya – both available in game right now – and Soriz and Djeeta, who are coming at a later date. The next trailer will drop on March 24, though I expect Zooey will have to take a backseat while the spotlight shines on other approaching DLC characters.

Granblue Fantasy: Versus is available now on PS4 in Japan and North America. It will also launch on PC March 13 and on PS4 in Europe March 27.