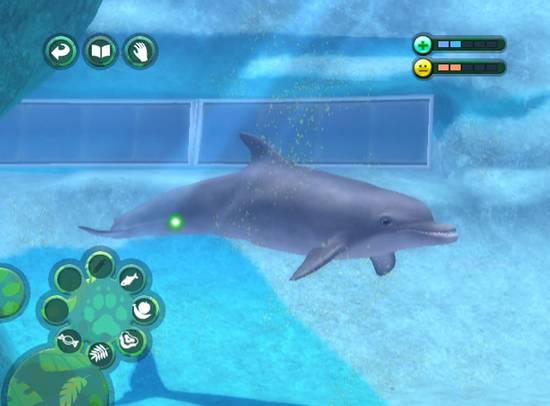 This afternoon Majesco sent over a press release announcing a new game for the Wii, Zoo Hospital, which is set to hit shelves this August. In Zoo Hospital, you play the role of a veterinarian in the hospital of a busy zoo, and as Majesco put it, “the future of the zoo is in your hands.” You’ll use the Wii Remote to perform surgical procedures on the likes of dolphins, gorillas, and camels.

Now I guess helping a dolphin with its cough sounds kind of endearing; we all know how enamored Destructoid’s Chad Concelmo is with the creatures. But there is no way in hell — videogame or not — that I am getting anywhere near a gorilla to perform a gallstone removal. And you’ve got to be psychotic to want to clean a bear’s teeth. No thank you very much.

I’d also like to point out that Majesco supplied us with 114 screenshots of Zoo Hospital. One hundred and fourteen images, guys. Usually we’ll get five, or 25 at the most. This time, it was 114. Needless to say, we won’t be posting them all here, but I’ve gone ahead and pulled out some choice shots for you guys. Enjoy.

And no, I won’t check that lion’s tonsils, so stop pestering me about it. [Note: I actually wrote this before going through the 114 screens, and now I realize that I need this game as soon as possible. I now understand why Majesco released so many screens — they’re all awesome, and having to pick the best ones to post was the most difficult thing I’ve ever had to do for Destructoid.]