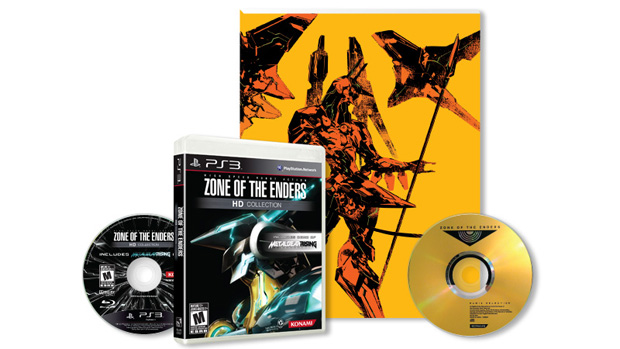 Tonight, Konami pimped their release date for Zone of the Enders HD Collection in North America, along with a little added surprise. You’ll be able to pick up the game on October 30th, either in its standard edition or — in a bold move — a collector’s edition.

I say “bold” because I think it takes a phenomenal amount of testicular gumption to push a Collector’s Edition of an HD remake for a pair of games which don’t actually seem all that popular. The package will contain the game, a soundtrack and a 100-page art book. And, in what’s either an homage or a hope that lightning will strike twice, both versions will come with an early demo for Metal Gear Rising: Revengeance.

No pricing has been announced for the Collector’s Edition, but it shouldn’t be too terribly much to toss a CD and a book in a sort-of fancy box. The standard version will run you $39.99.