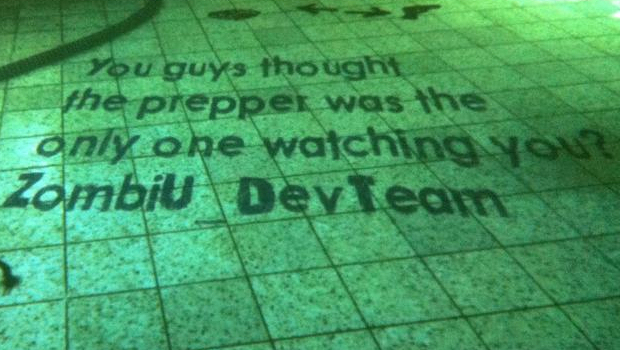 The writing’s on the wall … and floor

According to Ubisoft Montpellier, ZombiU‘s mysterious Prepper isn’t the only one watching players as they pick their way through London’s undead-infested streets. The developer is monitoring online survivors, and leaving hidden messages in the game. Creepy sods!

The messages are being added after release, as one of them gives praise to the first online players to complete the game. Another says, “Heads up, this game is survival horror,” as perhaps a cheeky jab at those reviewers who went in expecting Left 4 Dead.

Seems the studio is going out of its way to turn ZombiU into an ongoing and dynamic experience, which I love. It’s already a great game, as our review SCIENTIFICALLY proves, but stuff like this really adds that special extra flavor. Good work.