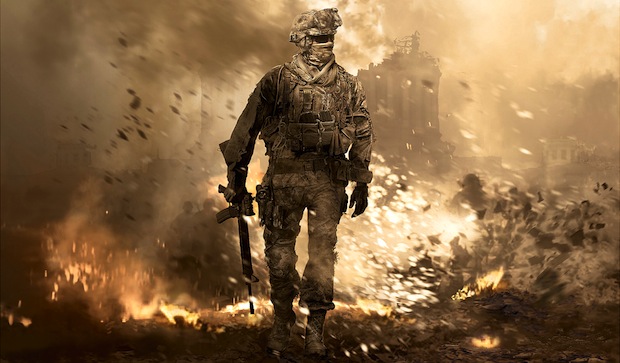 Looking to go unconventional with the narrative, the team behind Call of Duty: Modern Warfare 2’s innards tossed around several fantastic ideas before settling on the series’ familiar and grounded reality. Aliens and zombies and outbreaks and viruses were considered as a threat at one point in the initial planning stages.

“Infinity Ward’s Jason West, Steve Macuda, Todd Alderman, Mackey McCandlish and me would talk about the kinds of stories we could tell, and we didn’t want to just make a straight sequel to Modern Warfare,” said Modern Warfare 2 scriptwriter Jesse Stein in a recent interview with GamePro. “We started kicking around anything and everything to weed out the bad ideas.

“In the beginning we talked about having things in Modern Warfare 2 like outbreaks, viruses, chemical warfare, and even outlandish things such as aliens and the living dead,” he said.

Stein said that after the team decided to do grounded events, they kept conjuring up situations or scenarios that had already happened in the real world. Fortunately, IW and Stein did find some stuff that hasn’t: without going into specifics, MW2 is filled with brilliant scenarios that, thankfully, haven’t happened to our knowledge.

Still, though, “No Russian” would have been awesome with zombies and ray guns.