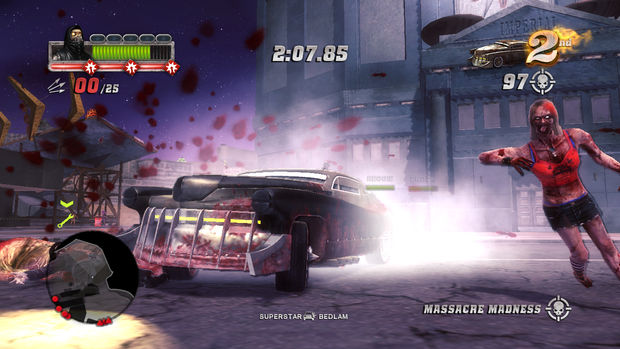 Activision has officially revealed Blood Drive, a post-apocalyptic combat racer where you’ll not only battle other drivers, but flesh-eating zombies in an arena… where you’ll fight to the death! We’re told to expect undead frat boys, cops, strippers, and more. Basically, this sounds like my formative college years, and I love it.

The game will feature six environments, including drop-in and drop-out multiplayer modes. It is, as you’d expect, rated M. It’s out this November for Xbox 360 and PlayStation 3 with a $49.99 price tag.