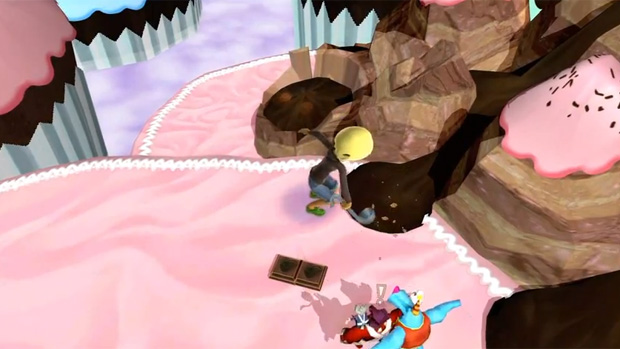 NinjaBee has released a brand-spanking new trailer for the next content expansion for A World of Keflings. The DLC, “Sugar and Spice and Not So Nice,” is candy themed, the result of a contest held earlier in the year. The sticky setting won out over “Pirate” and “Graveyard” themes, but it looks like the developer is hedging their bets a little bit with a tease of a zombie in the video’s closing seconds.

Of course, there’s no pirate anything. Figures that a company with a name like “NinjaBee” would discriminate against pirates. Those ninjas and pirates.