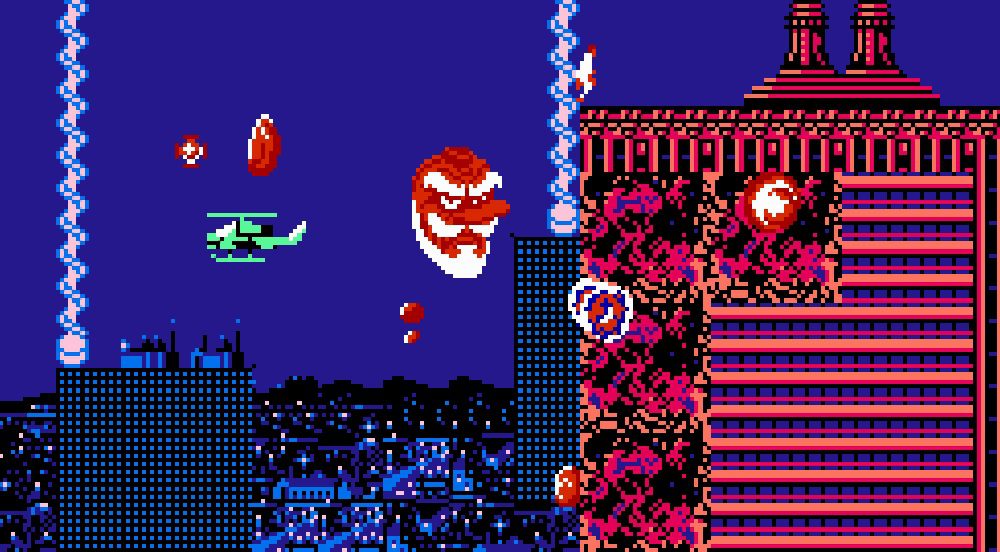 Do you remember the bizarre “Project Tengu” website, which opened way back in August of last year? Well, developer City Connection has finally seen fit to update it, suggesting that a reveal for the mysterious project is rapidly approaching, and it might be Zombie Nation.

While City Connection has never offered confirmed information as to what the teaser site represented, retro gaming and quickly clocked that the 8-bit background image was pulled from the opening cinematic of obscure 1990 NES release Zombie Nation. The new update adds floating zombie heads and tengu masks to the site, all but confirming that the weird, underplayed shmup is getting set to see a comeback — or at least the reveal of one — at some point in the near future.

Originally released in Japan as Abarenbou Tengu, Zombie Nation sees players control a floating tengu mask (localized to a samurai’s disembodied head in the western release) as they fend off wave after wave of invading alien forces attempting to capture the United States and enslave its populace with mind-control powers — the “Zombie Nation” of the title. It’s both an odd premise and an odd game, but one that would make a very welcome addition to City Connection’s burgeoning catalogue of classic, old-school shmups.

We’ll be sure to give you a (severed) heads-up when the developer is finally ready to reveal more.