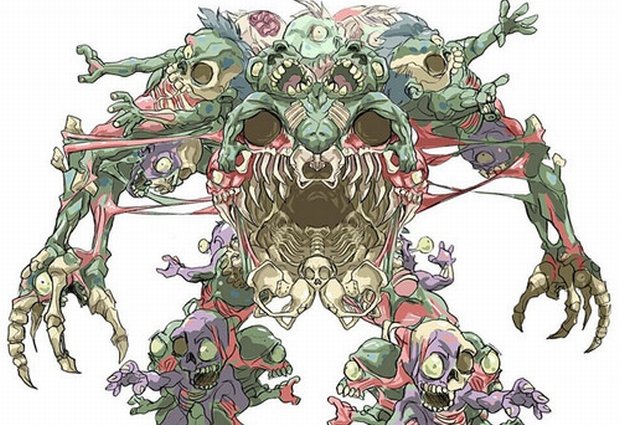 Little Red Riding Hood’s Zombie BBQ has been released for DSiWare in Europe this past week. The game is going for 800 Nintendo Points and it’s unknown if this is actually the full retail game or a trimmed down version. Don’t expect an American DSiWare release as the game is already in physical form over here in the States (and cheap too!)

Speaking of Zombie BBQ, TinyCartridge has a bunch of character art of stuff that didn’t make it into the game like the image above. Their images include a sexy version of the main hero and Santa Claus riding on top of a dead Reindeer with its testicles showing also. So yeah, totally not safe for work stuff.