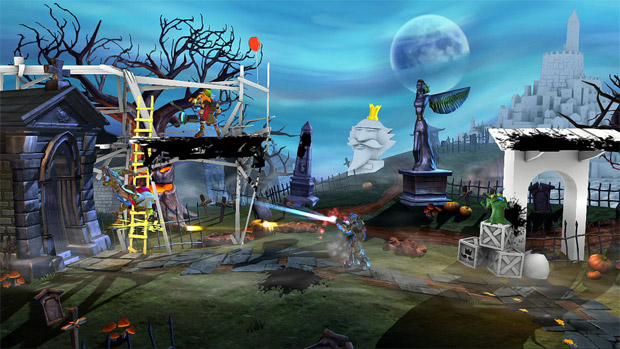 Look out for a new stage, too

PlayStation All-Stars Battle Royale has gotten two new combatants and another map today as downloadable content. The characters, as seen in action here, are Zeus from God of War and Isaac Clarke of Dead Space fame, while the map is a mash-up between The Unfinished Swan and MediEvil. Oh, MediEvil — so this is what it’s come to.

Sony Santa Monica Studios’ Seth Killian has a rundown of how these new characters play. Should you still have the PS All-Stars bug, expect to pay $4.99 for each one and $1.99 for the stage. Note: the duo is free for owners of God of War: Ascension, and the stage can be freely played on in online ranked matches.

Lastly, a new balance patch has gone out “which modifies every existing character in some way (and fixes some pesky glitches), as well as adding some new bells and whistles to familiar items.” Find the many, many specifics over here.