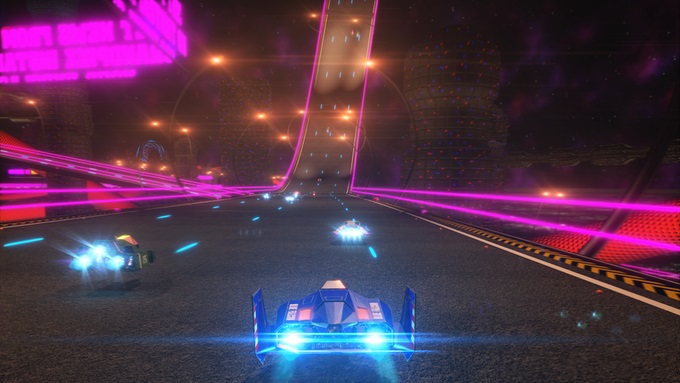 [Update: Looks like the Kickstarter is being cancelled after the creator was sent a large amount of negative feedback.

“We are going to cancel the project. Duo(sic) to the big amount of negativ(sic) feedback and the discussion about the Blue Falcon and the copyright, made our decision easy. The footage on the page was an earlier build and a prototype, it never should be in the final game in this form. As it is written down on the Kickstarterpage(sic). However, we have learned from that and we understand now that a F-Zero indie remake from a small dev. team is not what you guys want. We thank everyone who shared our campaign and who gave us feedback.”

The devs noted that this prototype took them four months to create and they may relaunch the project after they have redesigned the prototype. The Kickstarter page is still currently up, but has been edited to let people know the campaign is being cancelled.]

What do you get when you combine 30 racers, blistering speeds, and futuristic racetracks? Well it used to be F-Zero, but now Zero Gravity AX hopes to recapture that magic if its Kickstarter gets funded.

Zero Gravity AX is promising some pretty neat features: customizable machines, 40 tracks, a track editor, character creator, career mode, and four-player split-screen. All that at 1080p and 60fps. The Kickstarter, launched yesterday, aims to raise at least a minimum total of $127,555.

Beyond that, stretch goals include an online mode, more localizations, and Oculus Rift support. The developers hope to launch on PC, PS4, Xbox One, and, of course, Wii U in August of 2016 with physical copies available as a reward for a modest $37.