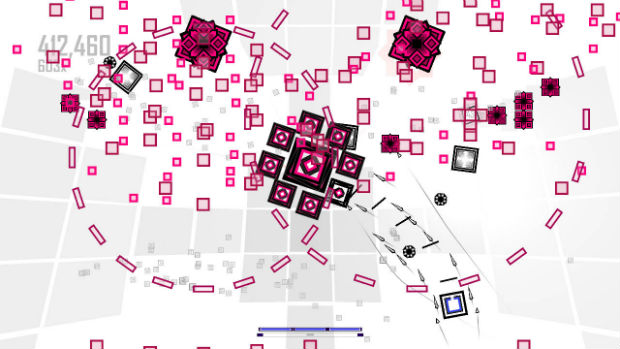 Making a case yet again as to why it’s one of the most awesome publishers around, Adult Swim Games will be publishing the frenetic twin-stick shooter Zenzizenzic. After the game completed a successful Kickstarter campaign, Dutch developer Ruud Koorevaar was able to expand on the game and allow for Steam access, like prior titles Super House of Dead Ninjas and Jazzpunk.

There’s also an additional gameplay mode called “Macro” that wasn’t yet reached as a stretch goal on the Kickstarter campaign, but now it’ll be added with the game upon its release. It’s essentially an open-world roguelike variant of normal gameplay within Zenzizenzic, which sounds pretty fantastic, actually. Maybe even as fun as saying the name of the game. Dang, that’s a lot of Zs.

Zenzizenzic is releasing for Windows, Mac, and Linux, but there’s no concrete date as of yet.