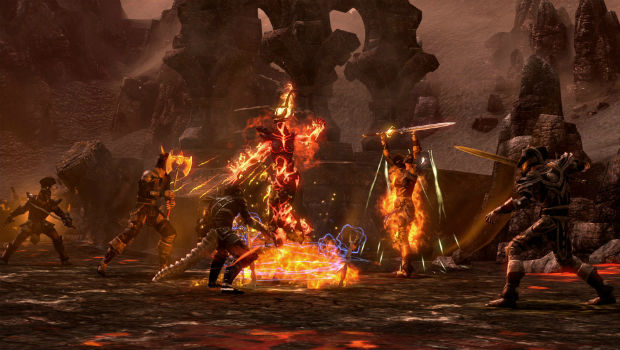 Most of them will have an endgame ‘part two’

A big concern I had going into the Elder Scrolls Online preview was their plans for endgame content, which I drilled Zenimax for information on.

As we all know, MMOs may offer a unique experience at launch, but if they don’t support the fans who are prone to resubscribe, you’re going to start bleeding users pretty quickly (The Old Republic). While they didn’t blow me away with any detailed post-launch plans, I did like the sound of a few things in particular.

Specifically, some of the game’s 16 shipped instances will have a second portion that essentially functions in the same vein as World of Warcraft‘s heroics for max level characters (level 50) — but with an extra unique story attached to it. New chapters and content are also planned post launch, as are “hotfix style updates” that will add new content.

How much extra content is yet to be seen, and if the release schedule isn’t up to snuff, they may have to drop the subscription fee method entirely. But for the time being, it seems as if Elder Scrolls Online will have plenty to do after you hit the level cap at launch.