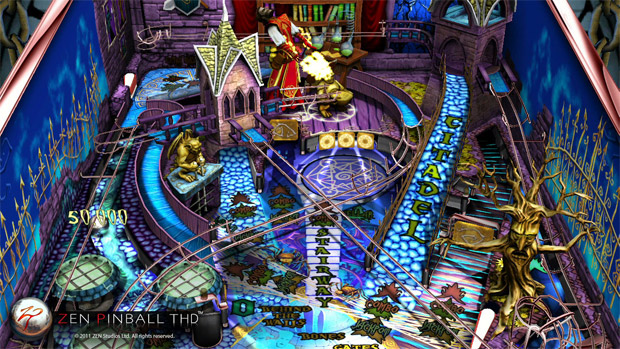 Oh, right — Nick Chester doesn’t work here any longer. Since Dale’s been pressured into taking on Rock Band DLC news, I suppose I can tackle the odd Zen Pinball story. Speaking of which, Zen Pinball is now up on the App Store and Android Marketplace. (You’ll need a mobile device with NVIDIA Tegra for the latter.)

Zen Studios is using the same strategy as before, so in order to get you early and sell add-on tables at a later date, a free table (Sorcerer’s Lair) is being offered to start you off. Now, how about that 3DS version?