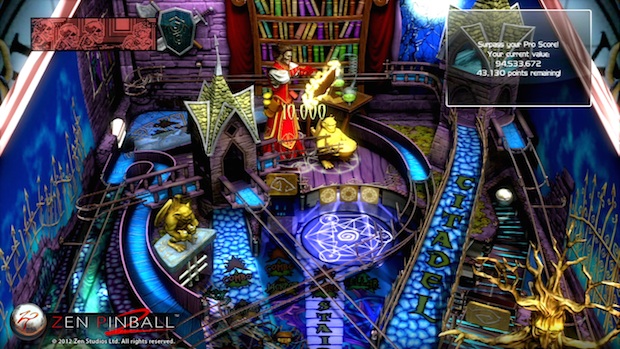 Zen Studios announced this morning that Zen Pinball 2 will launch on the PlayStation Network for the PlayStation 3 and Vita on September 4. And, if you happen to have both platforms, you can enjoy the game on both for no additional charge. Gotta love that.

In related news, Zen Studios is also teasing a new table based on one of PopCap Games’ most popular titles. This mystery table will accompany the release of Zen Pinball 2 as DLC. It seems that they plan to reveal the full details of this table later this month at PAX Prime, where it will be playable at their booth. Zuma?