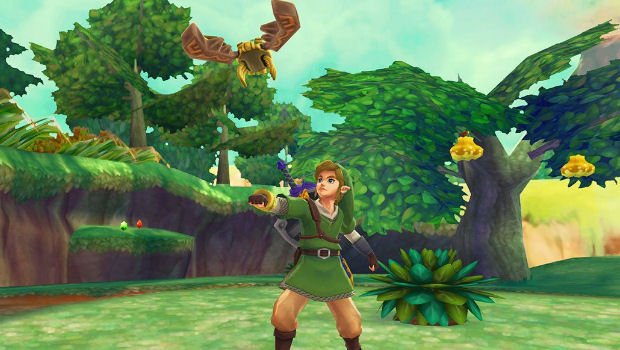 The next addition to the Legend of Zelda series is delving deeper into RPG territory with word that it will feature a full-on upgrade system for items and weapons. Until now, Link would just get more and more cool gadgets with occasional enhancements, but now he’ll be able to strengthen his whole arsenal with resources found in the game.

“What we’ve done with the game this time that I think is a little different is we’ve built an entire upgrade system into the game,” said Nintendo’s Bill Trinen. “Link has his traditional shield, but you actually get a lot of different shields in the game. You start off with a very basic one, and as you fight enemies you’re recover these treasure or artifacts that you then use as resources to upgrade your items.

The beetle alone was making me excited for Skyward Sword, but a beetle I can upgrade? That’s just shot into the top five of my 2011 “DO WANT” list.