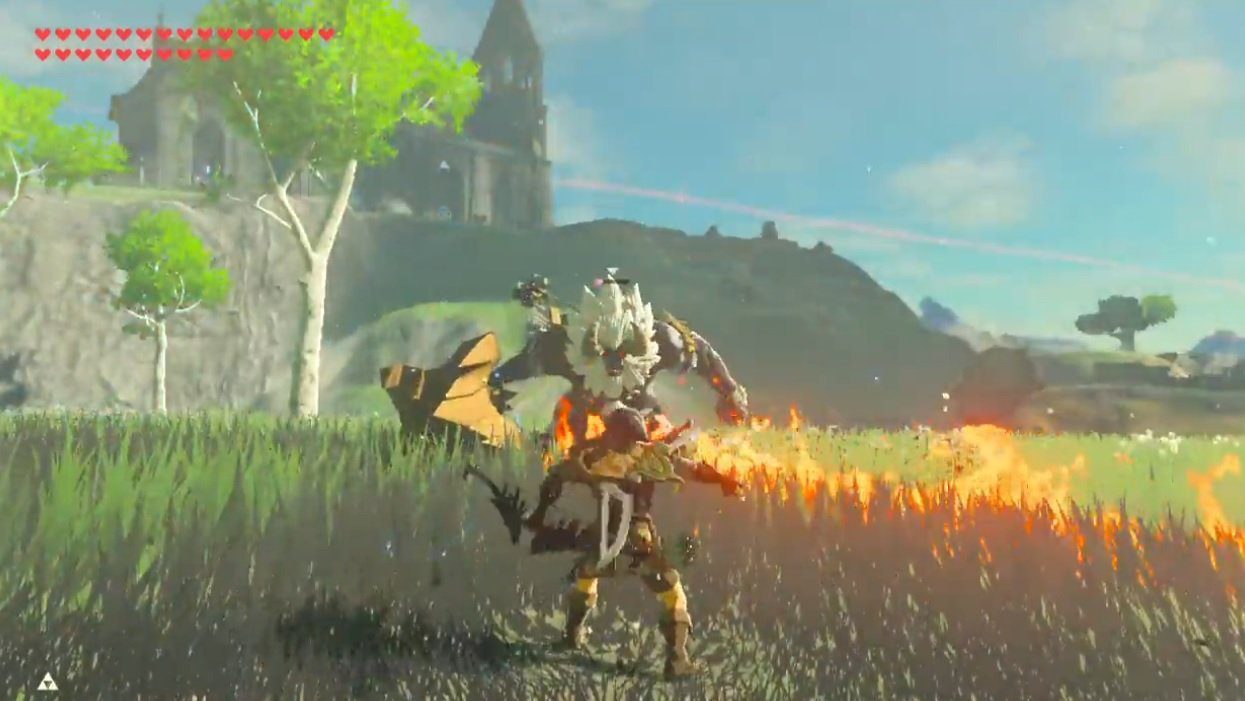 For the past few years I’ve had experience training against Lynels in Zelda: Breath of the Wild. So when my wife and I played together recently in tandem (with two Switch devices), I felt like Goku coming out of the Hyperbolic Time Chamber. That’s kind of how gorgonzolawithhoney (great name) felt in this video.

As we’ve gone over many times before, “stunt videos” are fairly popular in the Breath of the Wild community. Folks have found innovative ways to completely destroy the toughest enemies in the game at every turn, and as we’re coming up on four years now of the game being in existence (!), people are still finding more.

This clip starts at the end of a fairly dramatic battle with a Lynel that wouldn’t be out of place in an official trailer. Managing to dodge or parry all of the fire blasts, gorgonzolawithhoney stuns them with a quick arrow, then before going to enact the riding slash prompt they throw a boomerang; which promptly circles around the Lynel, hitting them constantly. It’s a double-whammy situation and brings back memories of this gem.

I don’t typically use boomerangs when I play, but now I wanna.

It’s a simple spin but quite unbreakable. from r/Breath_of_the_Wild