This year’s Game Developer’s Conference (GDC) is happening in San Francisco right now, and the team behind the upcoming The Legend of Zelda: Breath of the Wild gave a talk where they showed off some of the work that went into making the game. Three of the title’s developers spoke for an hour about the concepts and tools they used to build Breath of the Wild, and it looks like nothing was off the table when ideas were first being discussed.

Zelda games tend to tell a similar story: a hero explores dungeons and faces monsters to collect equipment so that he can defeat a greater evil that is threatening his homeland. We’ve seen the formula refined in the 30 years since The Legend of Zelda first released on the NES. And as much fun as the formula is, eventually it can’t help but feel, well, formulaic.

For Breath of the Wild, the developers wanted to break away from the conventions the Zelda series had become known for. In their GDC talk, Hidemaro Fujibayashi, Takuhiro Dohta, and Satoru Takizawa spoke about some of the ways they tried to move away from Zelda traditions, and showed off some concept art from the early days of Breath of the Wild‘s development. 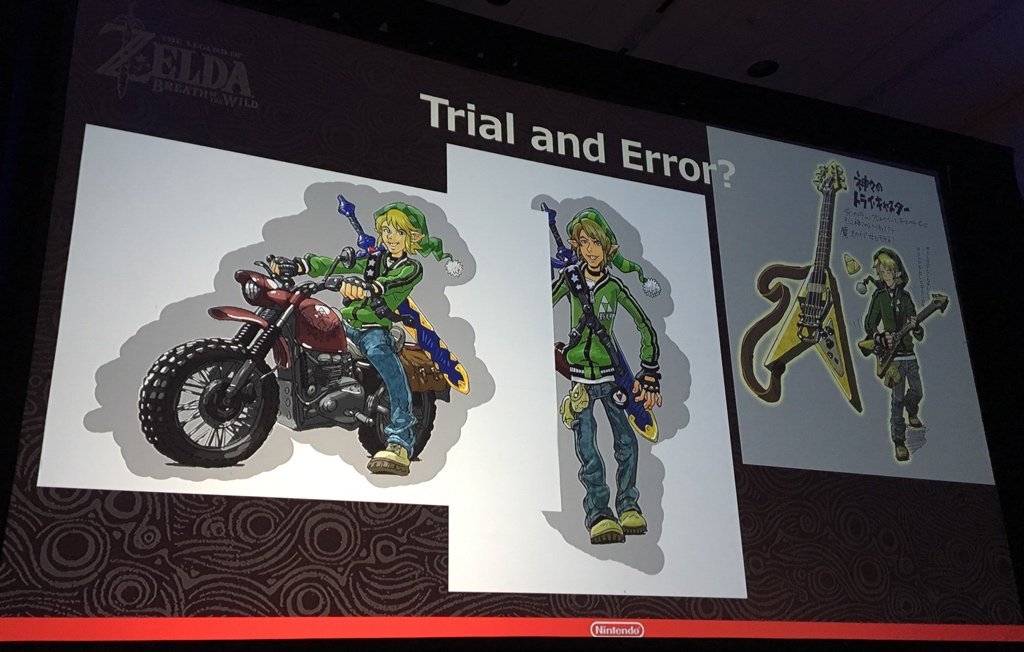 As you can see, some of the concepts the team came up with would have put Link into a more modern setting. I suspect that the motorcycle Link is riding may have been seen by the DLC team for Mario Kart 8. You can also see a version of Link wearing a windbreaker, and another holding a flying V guitar. A later photo taken by USGamer shows concept art of Link in a spacesuit, facing off with a Metroid. 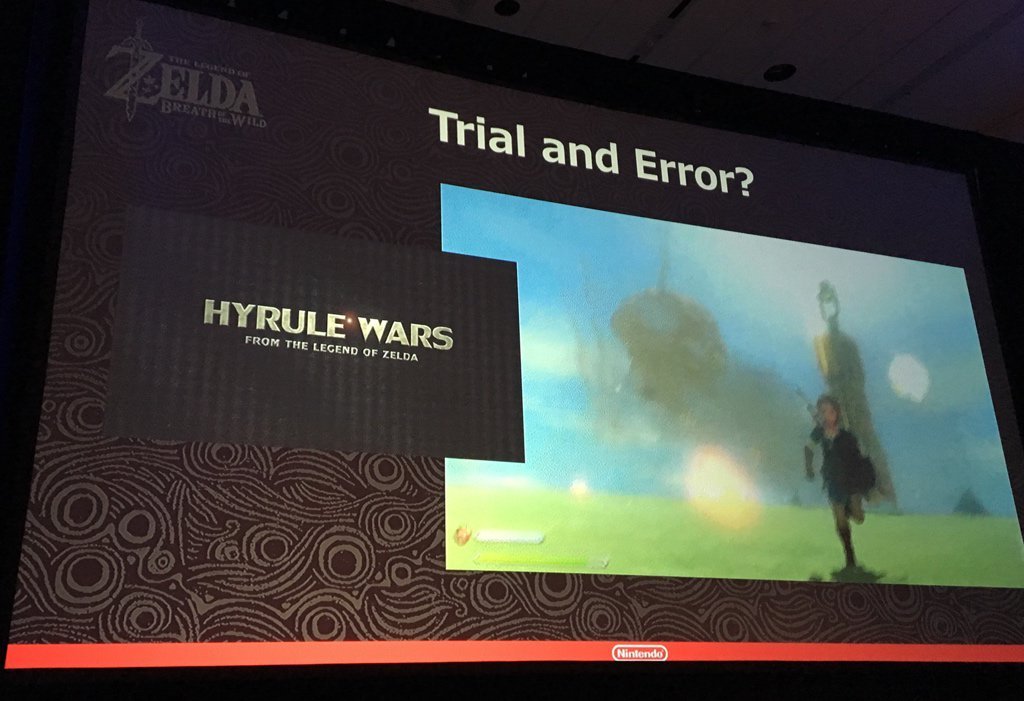 We’ve already seen Zelda cross over with another type of game in Hyrule Warriors, but it looks like the team was exploring this avenue on their own before being approached by Koei. 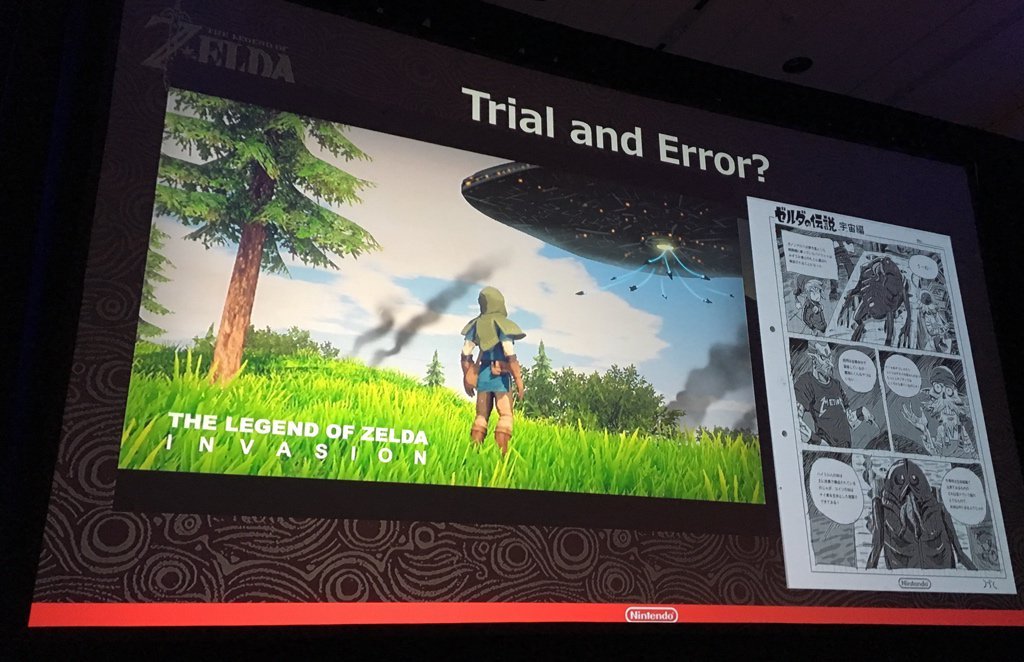 This is perhaps the most interesting slide shown at the conference. The art style looks similar to what we’ve seen of Breath of the Wild, but there’s an alien mothership launching dozens of smaller craft over a smoking landscape as a hooded Link looks on. The title card reads The Legend of Zelda: Invasion, and brings to mind the scene in Majora’s Mask where young Link has to help keep a similar ship from stealing cows from the Romani farm. It’s harder to see, but on the right of this slide you can see artwork of what looks like an alien autopsy about to begin, with someone who looks an awful lot like Ganon in a Metallica T-shirt arguing with a coroner about how to proceed.

It sounds like the talk was well-received by everyone who attended, so hopefully it’ll be archived and posted online soon. I’ve always enjoyed the Zelda series’ high fantasy setting, but I can’t help but wonder what some of these other ideas might have played like. That final slide’s alien ship is just begging for a Star Fox crossover.