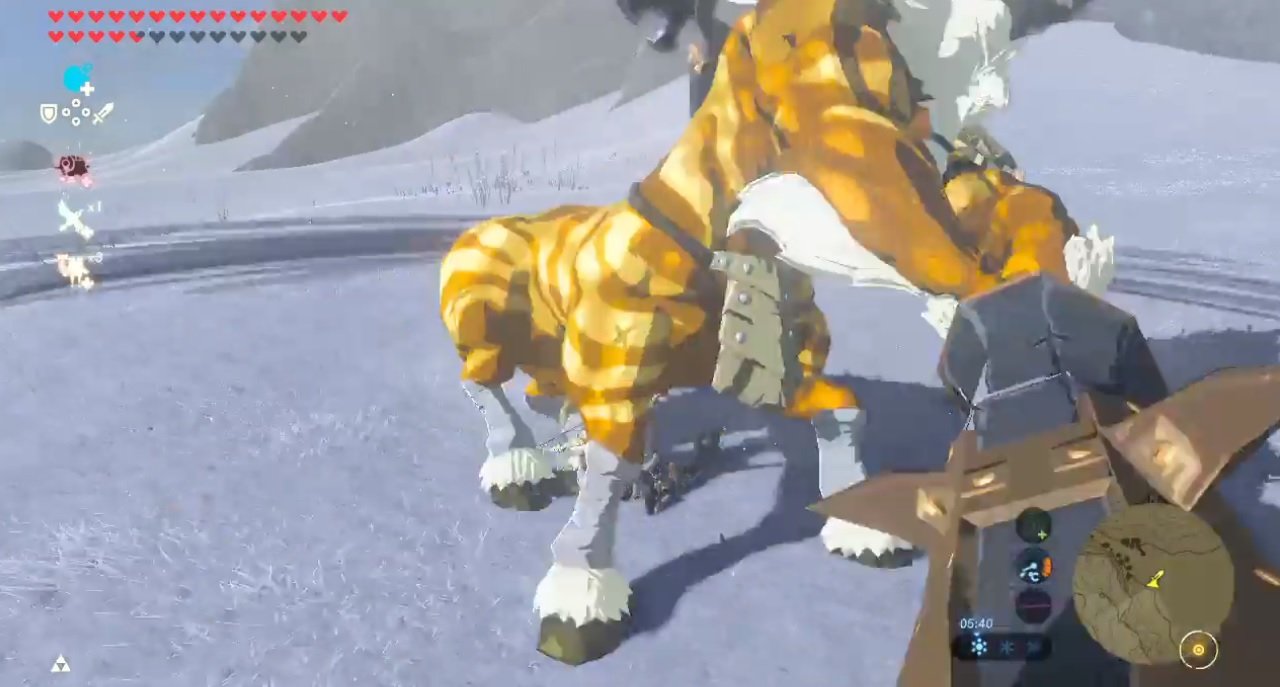 At this point we’ve nearly seen it all when it comes to Zelda: Breath of the Wild combat strategies. But as Plomn123 points out, there’s always something surprising around the corner.

In this simple and quick combat video, Plomn123 shows players how to counter Golden Lynels: a devastating creature found only in Master Mode. The short answer: duck! By going underneath them you can easily avoid their spinning attack, instead of dodging out of its range then going back in to continue the fight. This person must be a Souls fan! That’s pretty much the first thing I try when a giant creature comes at me sight unseen.

While I’ve seen this trick before, it definitely wasn’t as widely known as it is now. Given that a host of Dtoiders have noted recently that they’re either going into Master Mode for the first time or are replaying it, I figured it’s a good time to remind people.

It’s also never a bad time to pick Breath of the Wild back up again.