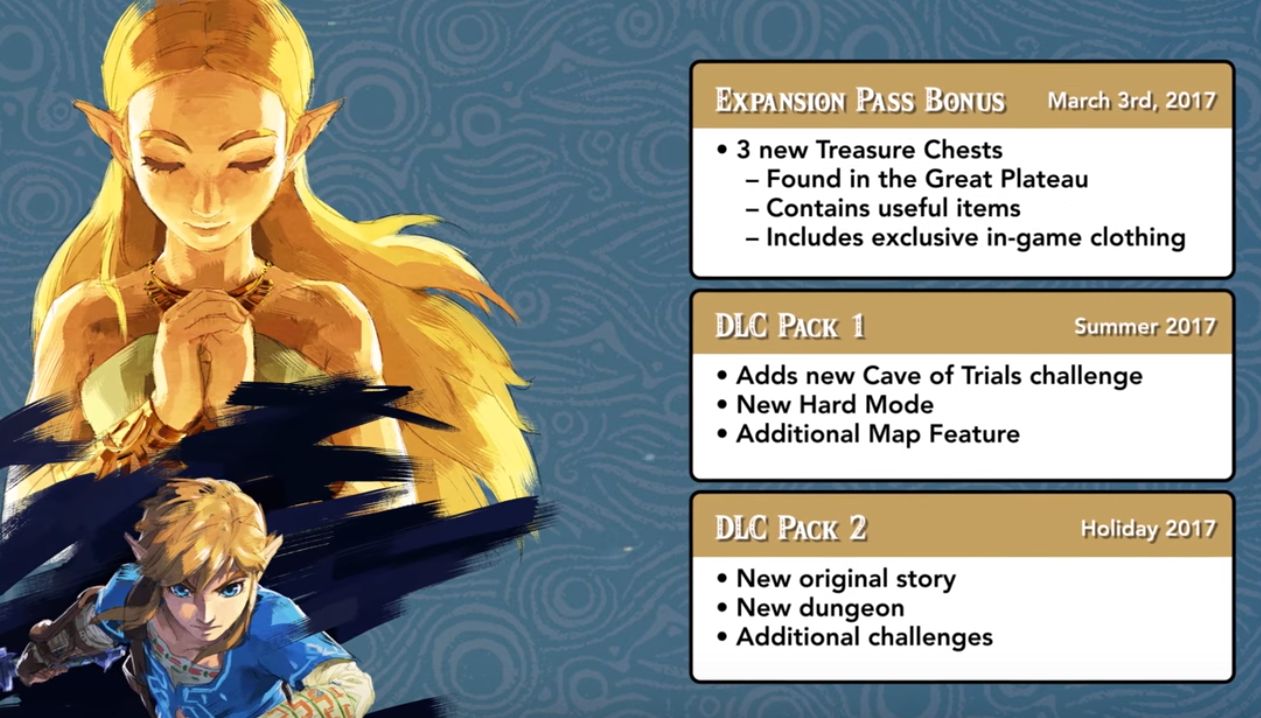 Although Nintendo has been embracing DLC more and more in recent years, and even had adopted the season pass model several times, fans are still pushing back. The latest battle is over the Zelda: Breath of the Wild season pass ($20), which includes two expansions of sorts, with a Cave of Trials challenge, new hard mode, “an additional map feature,” another story, extra challenges, and another dungeon.

Sure, putting DLC in a hack and slash (Hyrule Warriors), fighting game (Smash Bros.), or racer (Mario Kart 8) is easy to digest, but a new mainline Zelda title is something else entirely. To defend the decision, Marketing Manager of Nintendo of America Bill Trinen appeared on the IGN Nintendo Voice Chat podcast, and provided a few insights.

In addition to finding it “tough” to even announce (probably due to backlash), he also noted that “it would be a waste to just make one game and have that be it.” He also explains that the content is still “in development,” and not launching the “day or the week after” (I’ll remember this if Nintendo ever does decide to start doing that).

Most of this is marketing speak (from the marketing manager no less!), but I do find it funny that up until recently, folks were just fine with “playing one game and having that be it.” Speaking solely of the massive legacy of Zelda, “it” was generally weeks of exploring the open world with a fine-toothed comb, only to find new secrets years later that encouraged constant replays throughout my lifetime. Like most DLC I’m willing to give it a chance, but don’t sell the old formula short, Bill!