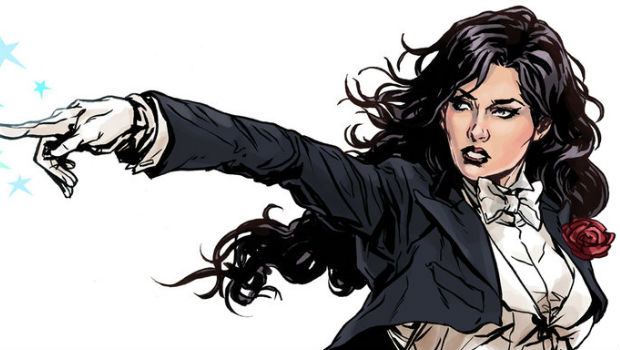 After Ed Boon dropped hints for the new Injustice DLC character in the form of “Olivia Newton John,” and “I heat up, I can’t cool down!” yesterday, NetherRealm Studios has confirmed that Zatanna is the newest addition to the Injustice: Gods Among Us family. She’ll be the sixth DLC character, after Lobo, Batgirl, Scorpion, Zod, and Martian Manhunter.

Zatanna will be available as soon as August 13th for 400 MSP on Xbox Live, and $4.99 on the PS3. There’s no word yet on the availability of Zatanna for the Wii U version of the game.

Filed under... #Injustice: Gods Among Us#NetherRealm#Wii-U