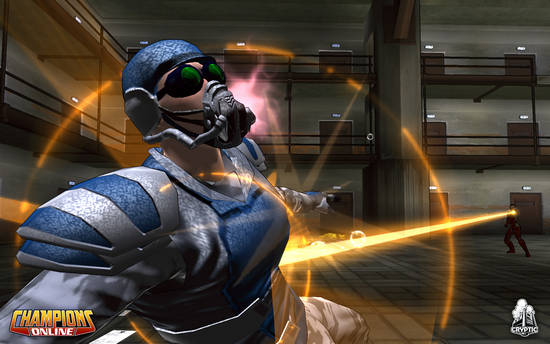 I think “three” is a weird number of game screenshots to release, but I’m not going to complain. Cryptic Studios’ Champions Online sounds and looks, as the kids say, “totally sweet.”

Like Cryptic’s PC-only massively multiplayer online role-playing games City of Heroes and City of Villians, the upcoming MMO for Xbox 360 and PC puts gamers in the role of their very own custom hero. Players will also design their own arch-nemesis, who will play a role in the game’s story. Gameplay is said to be more action-oriented than typical MMOs, with buttons mapped for different attack types and the shoulders set aside for defensive actions.

Champions Online is slated for release sometime in 2009, but it’s likely we’ll be hearing and seeing a lot more about it this year.