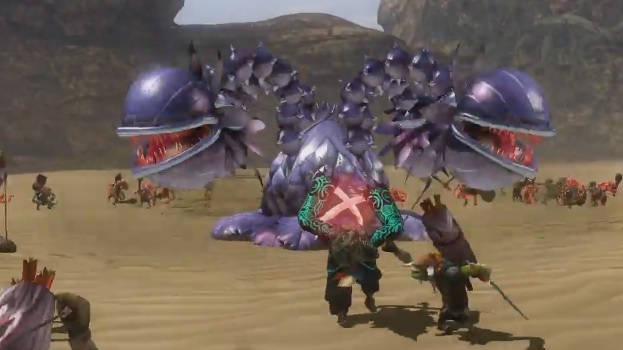 Check out the mad shadow warrior in video form

Zant the Usurper King was confirmed for Hyrule Warriors recently, and man does he look wacky. In addition to flailing his arms around as his main method of attack you can also get a peek at the man behind the mask during a few of his moves, and he looks pretty fun overall.

Even though Zant is only present in one Zelda game, I thought he was a pretty cool addition to the universe, so I’m glad he’s back in action here.