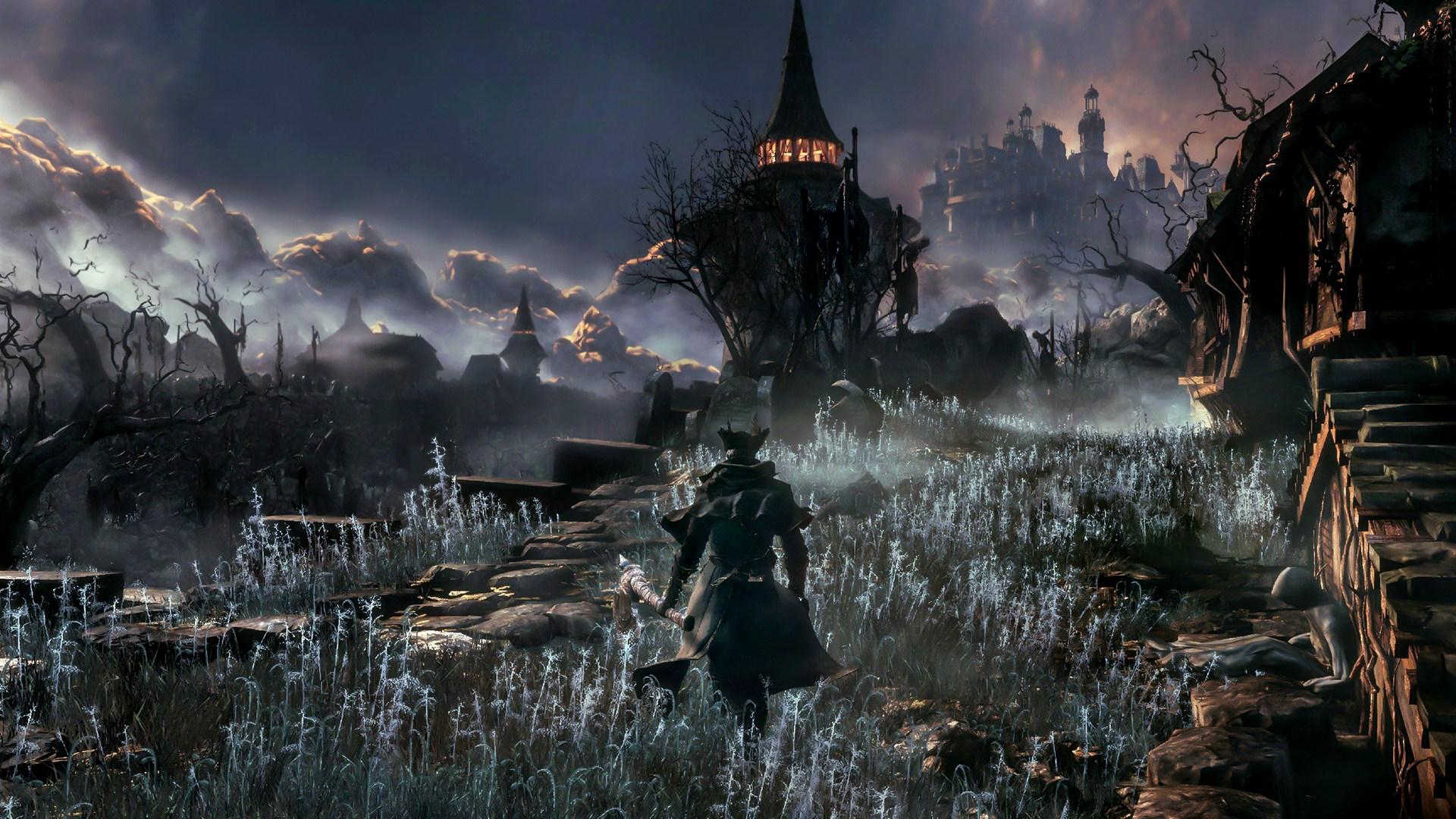 Well, a few of them!

Instead of talking about my top picks from last year, I’m going to tell you about my favorite moments from last year, in no particular order. I’m sure I’m forgetting something that I loved, but this list is fairly representative of sequences that amazed or surprised me in some fashion.

I’m going to be spoiling (in order) Bloodborne, SOMA, The Witcher 3: Wild Hunt, and Undertale, all in varying degrees. If you haven’t played those titles, you have been warned! 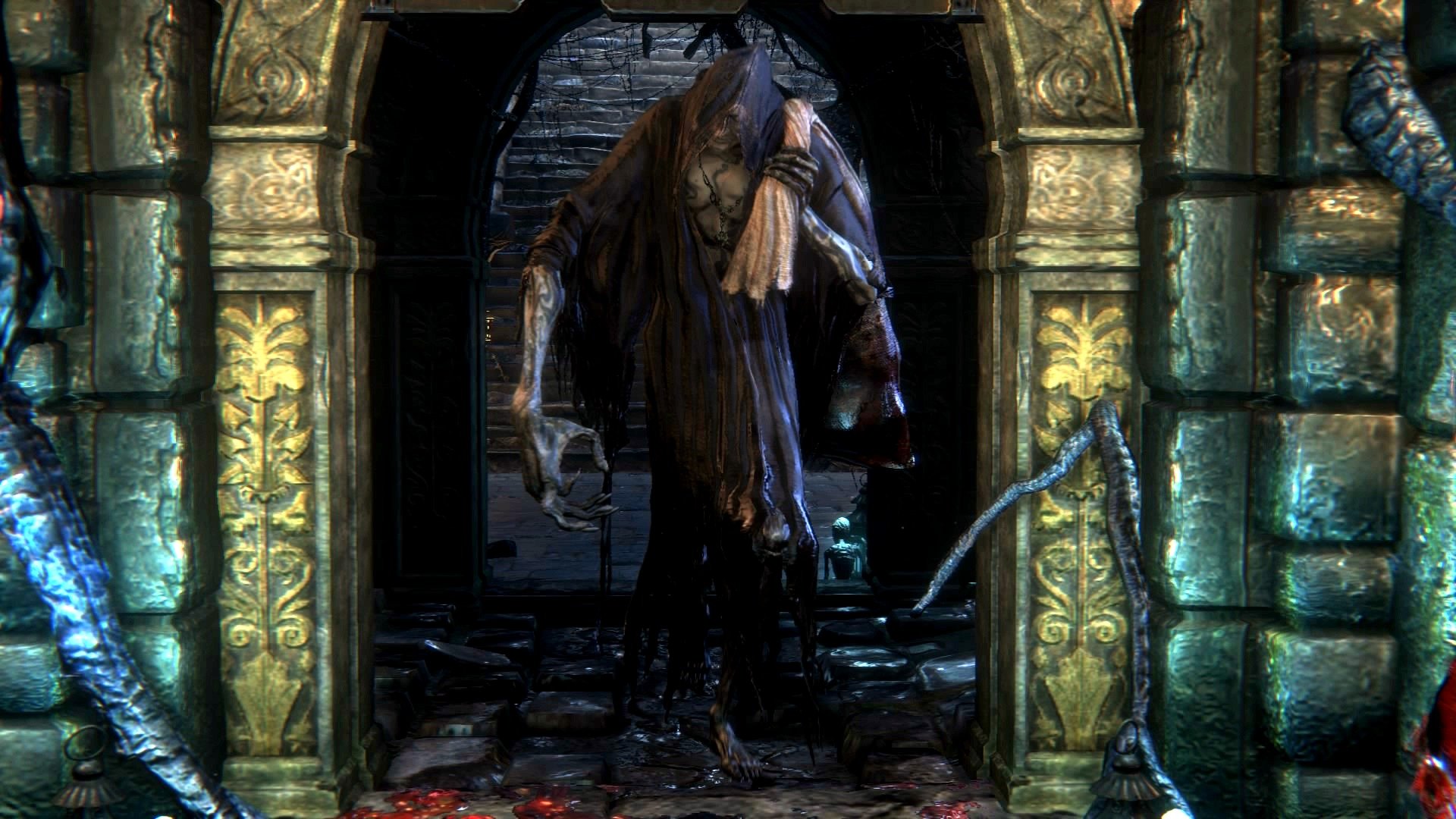 Hot diggety, there are so many moments I could choose in Bloodborne. I wrote this awkwardly-titled piece about how From Software so effectively used misdirection throughout the game’s marketing (give it a read, that’s one of my favorites!), but one particular enemy encounter immediately comes to mind. The first time you meet the Bagmen/Kidnappers, they’re most likely going to kill you in just two hits. That’s terrifying enough already, but instead of the regular loading screen taking you back to the last checkpoint, you’re greet with a cutscene.

At this moment, you watch through your Hunter’s eyes as he or she is dragged into an entirely new area, the Hypogean Gaol, where you’re even more lost and confused than previous environments. It doesn’t help that there are enemies in this area that can slit your throat, probably killing you instantly.

When dying over and over has become routine, changing the rules and subverting your deathly expectations is a smart way to discomfit the player. Well done, From Software. 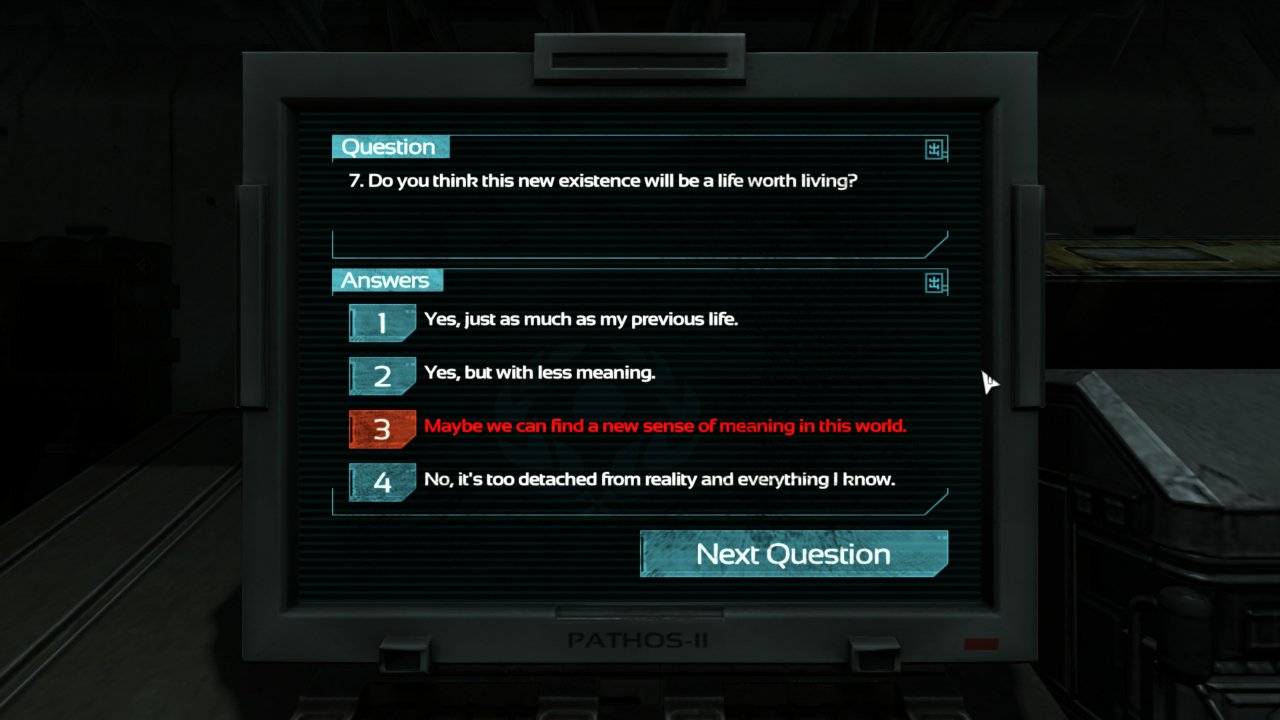 For some reason or another, I kept putting off SOMA. While I had enjoyed Frictional Games’ previous work, the first few hours of its new underwater horror game put me off. I’m glad I came back and finished it a couple weeks ago, though, because the themes of transhumanism and body horror are probably permanently hard-wired into my brain now.

Playing as a man who wakes up in an aquatic base long after the world should have ended, you soon realize there’s no point in trying to save humanity in its current state. Instead of attempting to rescue the few remaining vestiges of mankind, you turn to the ARK. This device allows people’s consciousnesses to to live on in a simulated utopia by way of brain scans, feeling for all intents and purposes like real humans.

After learning about the ARK, you take a survey that asks you questions, such as “Do you think this new existence will be worth living?” and  “How would describe your current mental condition?” Since you’ve recently found out that you’re an imprint in a robotic suit, these questions are uncomfortable, but thought-provoking. You find new hope in the idea that you will, in a way, be able to regain your body and live in this new paradise.

When launching the satellite, you try to transmit your consciousness to the scan on the ARK. However, you lose the coin flip, and remain in the body in an empty base, with no one to talk to and no reason to live. Even though you just “saved” humanity, there’s a lump in your throat because you didn’t get to save yourself. Puts things into perspective, doesn’t it, you monster? The credits roll.

But it gets worse. After the credits, you awaken in the serenely beautiful simulation of the ARK as the brain scan of your duplicated consciousness. On your way through an idyllic forest, a computer monitor nonsensically juts out of the soil. You can take the same exact survey as before, but knowing that you left part of yourself down to rot underwater on Earth, it’s amazing just how much your answers will most likely change. Usually, games are more interested in altering the questions of the game, so watching Frictional Games morph your answers was a delightful surprise. 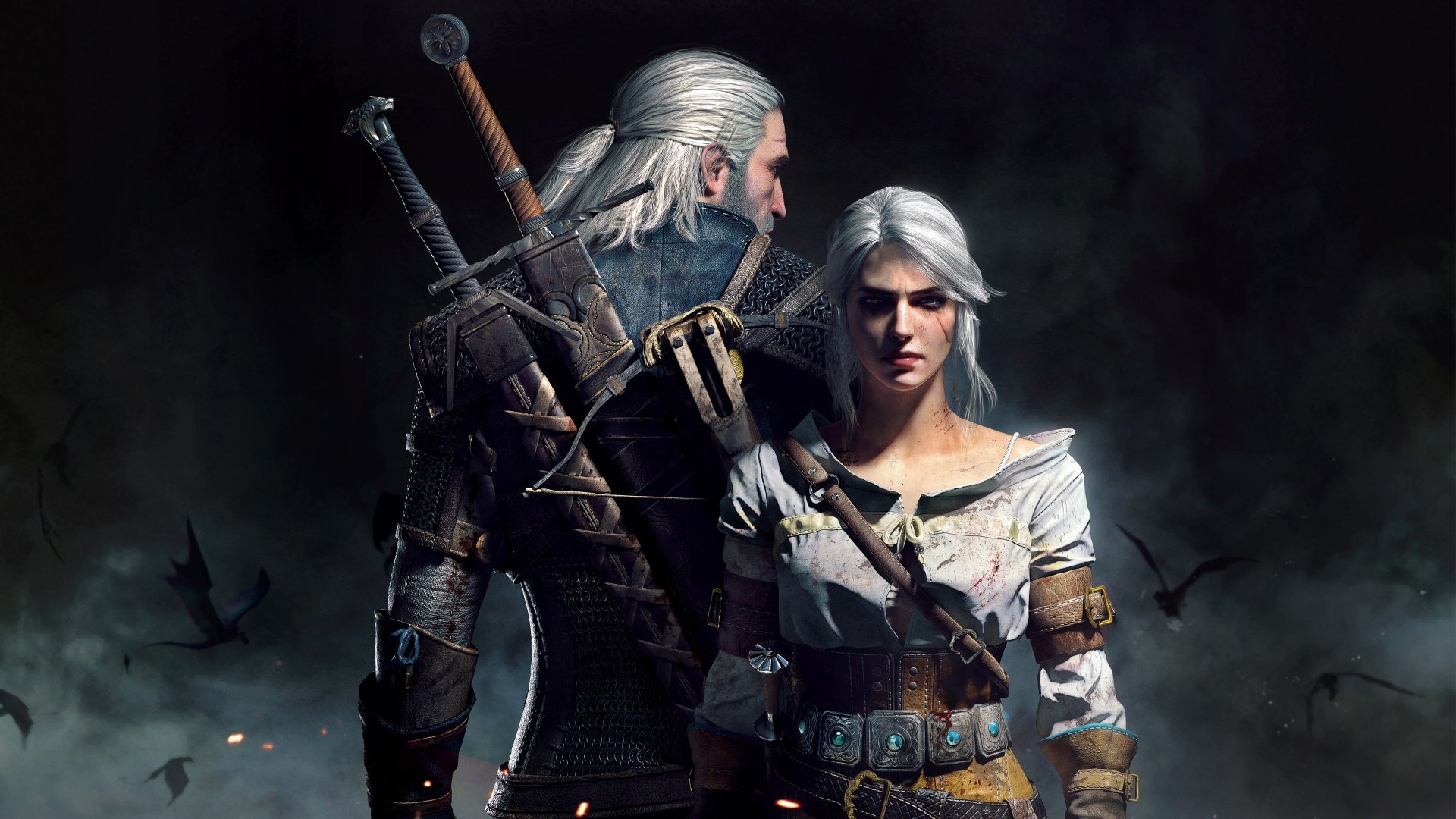 From an outsider’s perspective, Geralt of Rivia sounds like a try-hard Dungeons & Dragons character made by an obnoxious friend: he has rippling muscles, wields two swords, is a mutant, has long, flowing white hair, and a magical penis that can’t make babies or contract sexually-transmitted infections. Playing The Witcher 3: Wild Hunt with expectations of him being that simple is a mistake, though. Sometimes he has an annoyed half-grin plastered on his face; he’s not above getting drunk, or trying on women’s clothes, and he has a paternal, caring streak that makes him want to protect Ciri.

Ciri’s constantly imperiled, but can handle herself. As her father figure, you can keep defending her and trying to shelter the girl from the evils of the world, or you can accept that she’s going to face danger head-on just like you’ve taught her. In a poignant moment, when she’s struggling to learn how to use her abilities, Geralt can choose to either give her yet another lesson, or take her mind off things with a surprise snowball fight. Better yet, this is a playable moment, rather than a cutscene, and you can either beat Ciri or let her win.

Sure, Geralt seems like an amalgam of clichés at times, but throughout The Witcher 3 you get to see him from all sorts of perspectives. This tender moment was a welcome respite from the monster hunting and Gwent playing (Gwent is awesome, shut your mouth). 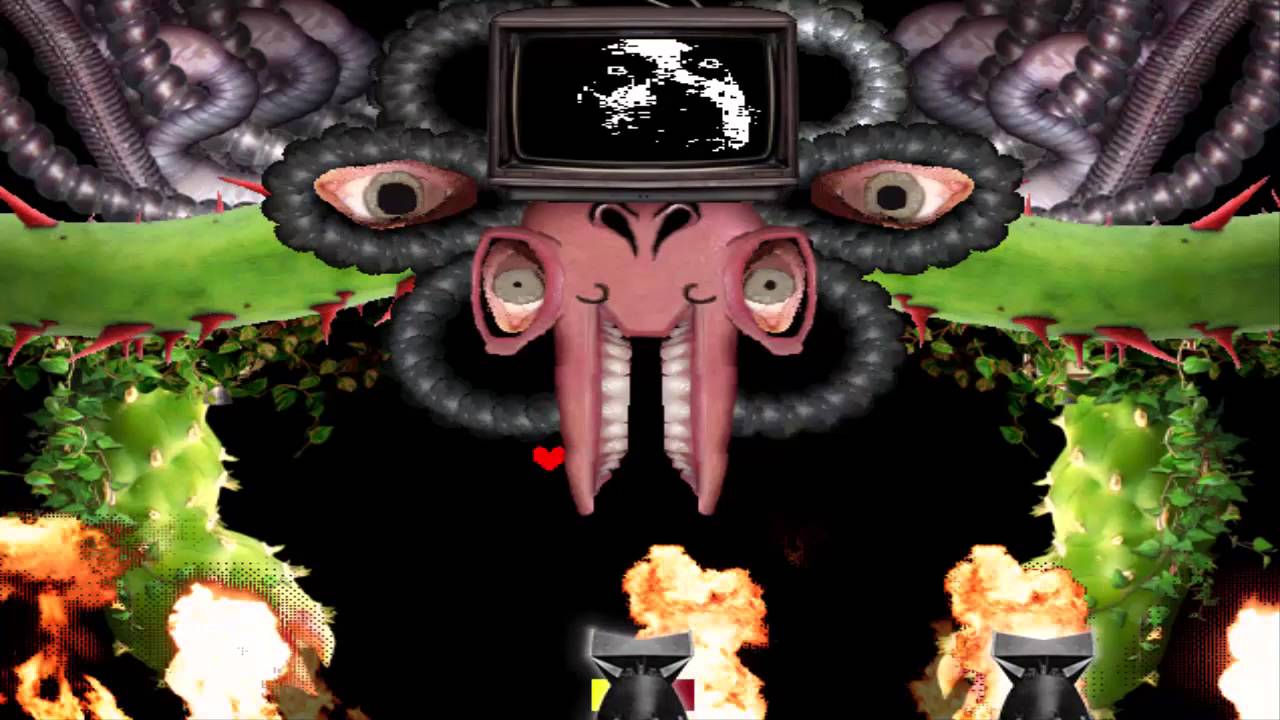 So, like SOMA, I only played Undertale once this New Year started. I was apprehensive because some things were spoiled for me and people who love the game fucking love it. It’s hard not to go in with inflated expectations in a situation like this, but somehow Toby Fox’s little creation completely won me over. Just like Bloodborne, Undertale is filled with moments that could go on this list. But the final boss of the Neutral Route edges out everything else out for me.

I’ve always enjoyed games that hide horror elements under a false veneer, like Eversion. So when you think you’re about to get a somewhat upbeat ending and a small Flower ends up being a terrifying Photoshopped monster that can destroy in seconds, I was sold. Photoshop Flowey looks especially disturbing considering the rest of the game is simple pixel art. Sure, the music is wonderful throughout, and Undertale plays around with RPG mechanics in fun ways, but this boss (and the way he toys with you and your save file) will stay with me the longest.