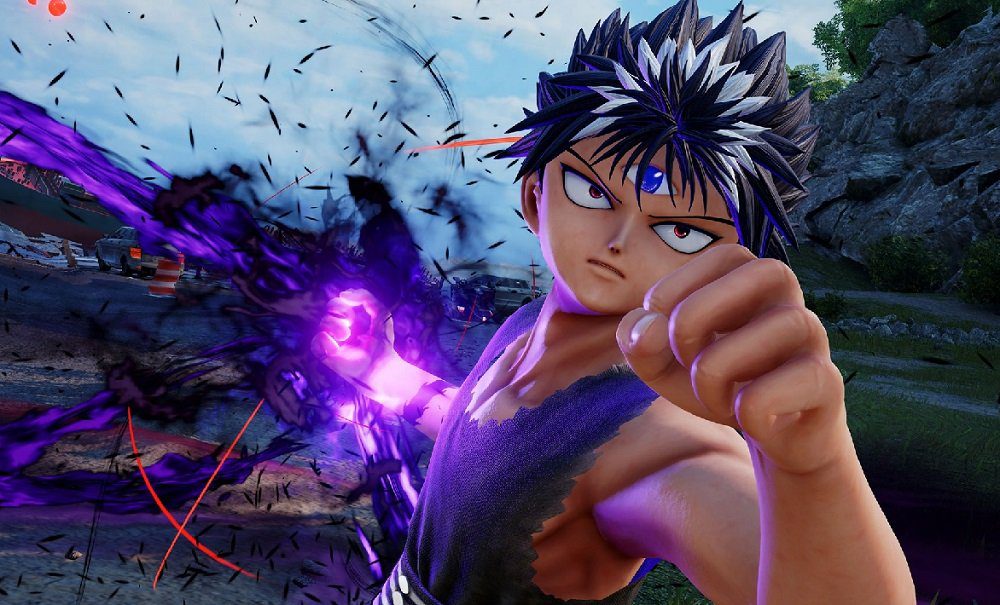 It might not be the best or most popular fighter on the market, but Bandai Namco remains loyal to its star-studded release, Jump Force. Almost two years since launch, the publisher continues to provide fans with new content for the anime-crossover slugfest.

As revealed by Bandai Namco and developer Spike Chunsoft, the next hard-hitter headed to the Jump Force roster is the “Master of The Evil Eye” Hiei, whom anime fans will recognise from popular detective/fighting franchise YuYu Hakusho.

A member of the formidable fighting squad Team Urameshi, Hiei is an expert swordsman and hand-to-hand fighter – his powers enhanced thanks to his “third eye” (oh, grow up) that offers him powerful abilities such as telepathy and telekinesis. A selection of screenshots posted to Twitter shows Hiei fighting sword-free, but utilising the strength of his “Darkness Flame,” imbuing his strikes with devastating and earth-shattering force.

Hiei is expected to launch sometime this fall on PS4, PC, and Xbox One, before arriving on Nintendo Switch in 2021. Jump Force is available now on the above-listed platforms.

Will you be able to handle the Dragon of the Darkness Flame?

Hiei arrives later this Fall and to Nintendo Switch in 2021. https://t.co/oPVdEifrSY pic.twitter.com/dGzjjBlrBS