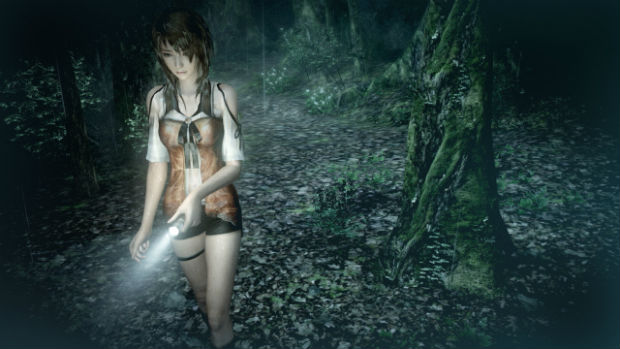 …and some other people, too

Fatal Frame: The Black Haired Shrine Maiden has an awful title as well as some decidedly bland box art, but the recent issue of Famitsu has revealed some details about the upcoming Japan-only (boo!) Wii U survival horror title that seem intriguing. I mean, it’s a Fatal Frame game, It’s gonna be spooky.

That girl we’ve been seeing in all of the promotional art and videos? Her name’s Yuri Kozukata, and she’s got a special power that allows her to see people who have been “spirited away” as well as bring them back. Employed at Cafe Kurosawa, she embarks on a journey into the Hikayama mountains to recover the missing cafe owner, Hisoka Kurosawa.

Hisoka went into the mountains to recover a girl who had, in fact, been spirited away. Little Miyu Hinasaki went to the mountains by her lonesome to find her mother, starting a chain of disappearances that will ultimately culminate in, well, the events of the game, I’d say.

There’s also a writer named Ren Houjou who ALSO goes into the mountains with his assistant Rui Kagamiya. I think everyone needs to just chill it out and stop going into the mountains. But then, I suppose there wouldn’t be a Fatal Frame game, would there? And there probably won’t be, at least a localization. Hey, we can be hopeful though, right?