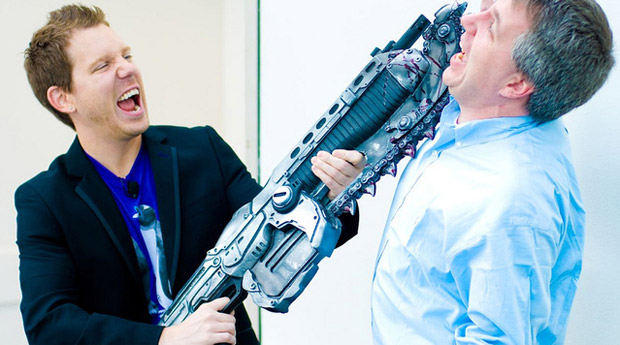 At a new studio with Guerrilla Games co-founder Arjan Brussee

Former Epic Games designer Cliff Bleszinski is back from his hiatus. He’s been teasing his next project for a while now, commenting that he’d like to make an arena shooter for PC and dropping concept art. The mystery game, BlueStreak, was announced today.

As expected, it is indeed an arena shooter — a sci-fi, free-to-play one at that. It’s in development at Bleszinski’s new Boss Key Productions and will be published by Nexon. I was half expecting this to go through Kickstarter but am thankful it’s not relying on crowdfunding.

So we’ve got thew new Unreal Tournament and now BlueStreak. Wonder which will be first.