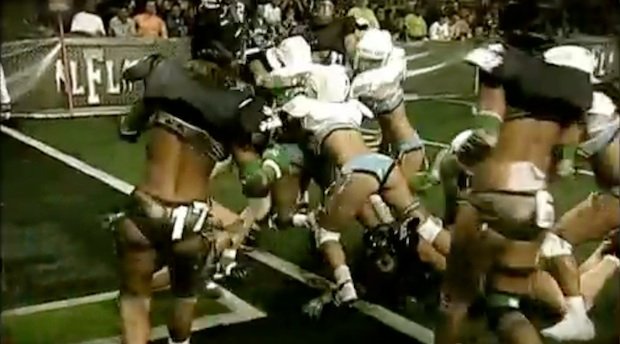 First off, I can’t believe that there’s something called the Lingerie Football League. A press release hit our office this morning with “LFL” in the subject line like we were supposed to know what that was. It turns out that the LFL is an indoor female football league where teams of 7 play wearing helmets, elbow and knee pads…garters, bras and panties. Yeah.

Scoff, but BusinessWeek says that it is the “fastest growing sports league in the United States.” There are currently 12 active franchises and 14 more are to be added over the next 3 or so seasons.

Yuke’s, the talented developers behind the UFC and WWE series of games, has acquired the rights to make a LFL videogame. No other details or release dates were given, but they promise to reveal more as things develop.

Would you buy a Lingerie Football League videogame?