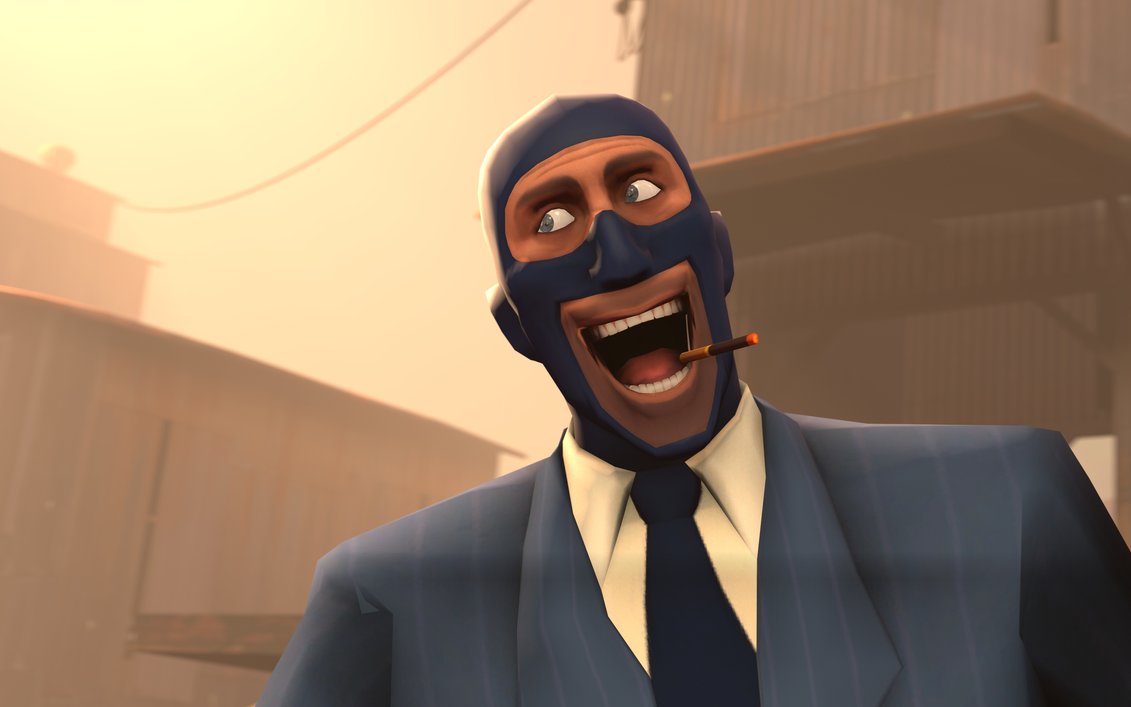 The hitch in TF2’s step

When it comes to competitive multiplayer games, we all have our favorite characters and classes. In this series, I’m putting some of mine under the microscope to see what makes them tick, how they fit into their games, and ultimately why I like them! Check out the previous entries – Kotal Kahn, Reaper, Lex Luthor, The Hunchback.

Team Fortress 2 is going to be 10 years old in a few months. While this is personally disturbing to me since it casts my mortality and inevitable march towards the grave into stark relief, it is also somewhat intriguing. I can’t think of another ten year old game that I regularly dust off and play.

Counting different platforms and profiles, I’ve played over a thousand hours of TF2. Probably more if I really took the time to tally it all up. My best days are behind me of course, the vast majority of that time was tallied up during those first glorious three or four years after launch. That beautiful period of my life when I’d come home just as the sun was rising, weary from the night shift, yet still willing to capture control points until the sun fell back behind the horizon.

Now, the time I spend with the game comes in fits and starts. Berserk little trysts with the game that come after months and months of dormancy. Much like the profile of a spree killer in a paperback thriller, I periodically come out of retirement to get a taste of the action.

It’s only fitting, then, that my favorite character was, is, and will always remain the stab-happy Spy.

There is no shortage of articles out there celebrating the Spy and his unique role in the game. At launch, every single review had to go out of its way to talk about what a interesting inclusion the dapper rogue was to the team, and for good reason, he’s a game changer. In the nearly ten years since release there have been hundreds of think pieces and tributes to the deadly saboteur’s interesting skill set.

I guess this is could be considered one of them, but I’m not going to get lost in the weeds telling you what you already know.

I could go on about the subtle thrill of playing the Spy for hours. The deliberate choice to enter a battlefield dominated by rocket launchers and chain guns with nothing but a flick knife and confidence. The imbalanced endorphin rush of playing the part of both apex predator and endangered species at the same time.

I could talk about the brilliance of the Spy’s inclusion in the game. How his mere presence allows the game to be crazier and weirder than it has any right to be. How the sheer land-locking power of the Engineer’s turrets rely in part to balancing threat of a Spy, ready to murder all his little toys. How the walking meatslab of a Heavy backed up by a Medic is only kept in check by the combined efforts of skulking spies and distant Snipers, who are in turn locked in an eternal game of cat-and-mouse.

I could appeal to how cool the Spy is. How every mercenary in TF2 has a ton of character (it’s a big part of the game’s long-term staying power) but none of them, not a single one, have the personality of the Spy. I mean, my God, he shows up to the Wile E. Coyote desert world of TF2 to fight in a suit and dress shoes.

I could talk about all those things, but it wouldn’t get to the core of what I love about the Spy.

It’s fun to sneak past the scrum of rushing bodies and explosives, to come out of the shadows undetected and stab someone just when they let their guard down.

It’s fun to hear an enemy Medic announce his “Uber is fully charged!” seconds before you sink the knife into his back and ruin his day.

It’s fun to harass and harry a Sniper until he rage switches to the Pyro and then stab him again.

At the end of the day, there is no deep psychology at work here. No wonderful appreciation of all the subtle mechanics that make both the Spy and TF2 so great. It’s just a lot of fun to be a jerk once and awhile – and the Spy is a machine made for the job.

Despite my earnest and true love for the Spy, I have a secret to admit. Over the years, he’s slipped further and further down my most played charts. As the game updated and warped over the years with constant new items and maps, it became harder and harder to stick with the Spy. Especially after several months away from the game, when you come back and everything is different, like someone moving the furniture in a blind man’s apartment.

But, even that is a bit of a dodge. The truth is, my absolute favorite memories of the Spy come from the very first year of TF2’s release. Not because it only featured the standard maps and weapons, but because I played that first year exclusively on the Xbox 360. What made playing the Spy great on the 360 was the format, 8 vs 8.

You might think smaller teams would be to the Spy’s detriment, all the more easy to spot as a traitor in the enemy team’s midst. A bigger liability on a team’s resource if the Spy fails to get results. And that’s all true.

But, there are also a hell of a lot fewer random grenades and rockets flying through the air in 8 vs 8. 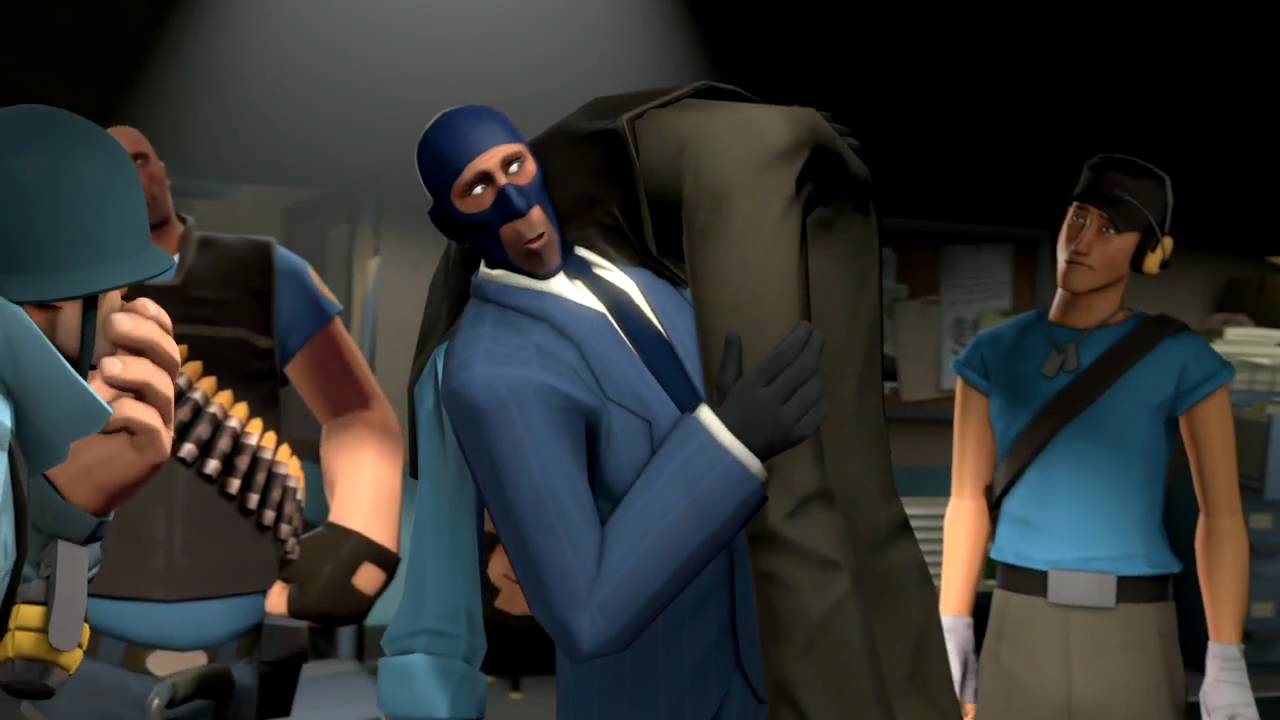 The most aggravating part of playing the Spy is all the brain-slappingly dumb shit that can, and will, happen. The shadow boxing Heavy that somehow wanders over to you cloaking and hiding in the corner and punches your face clean off. The idiot friendly Scout who, out of all the places to run, will beeline DIRECTLY to you when he has an enemy Pyro chasing him. The unending shower of random grenades lobbed without thought or intention.

It’s hard to feel like James Bond when you’re tripping over your own dead body like zombie Inspector Clouseau.

In an 8 vs 8 game, things are more manageable. You can rely on a little more breathing room. That’s not to say the Spy can’t work in a typical 12 vs 12, he can. You might have to put up with a little more randomness, but not enough to ruffle your Italian silk suit. No, what really dragged all the fun out of playing the Spy was the never-ending series of ridiculous 16 vs 16 servers out there. When you cram that many mercenaries into the narrow corridors of Dustbowl, there isn’t enough room to breathe let alone find some good momentum for your stabbing arm.

It’s one of the reasons I’ve been playing more TF2 since an update introduced a easy server browser. With the Casual mode server finder seeming to prefer bog standard 12 vs 12 Valve servers, it’s easier than ever to slip on the balaclava for the night and find a few nice plump backs to stab. Suit up, find a victim, wash the blood off your hands and go back to your normal life.

Okay, the spree killer analogy is getting a little creepy at this point.

TF2 might be almost a decade old at this point, but when I break out my trusted butterfly knife, it’s as fun as the day it came out. Cheers, Spy.