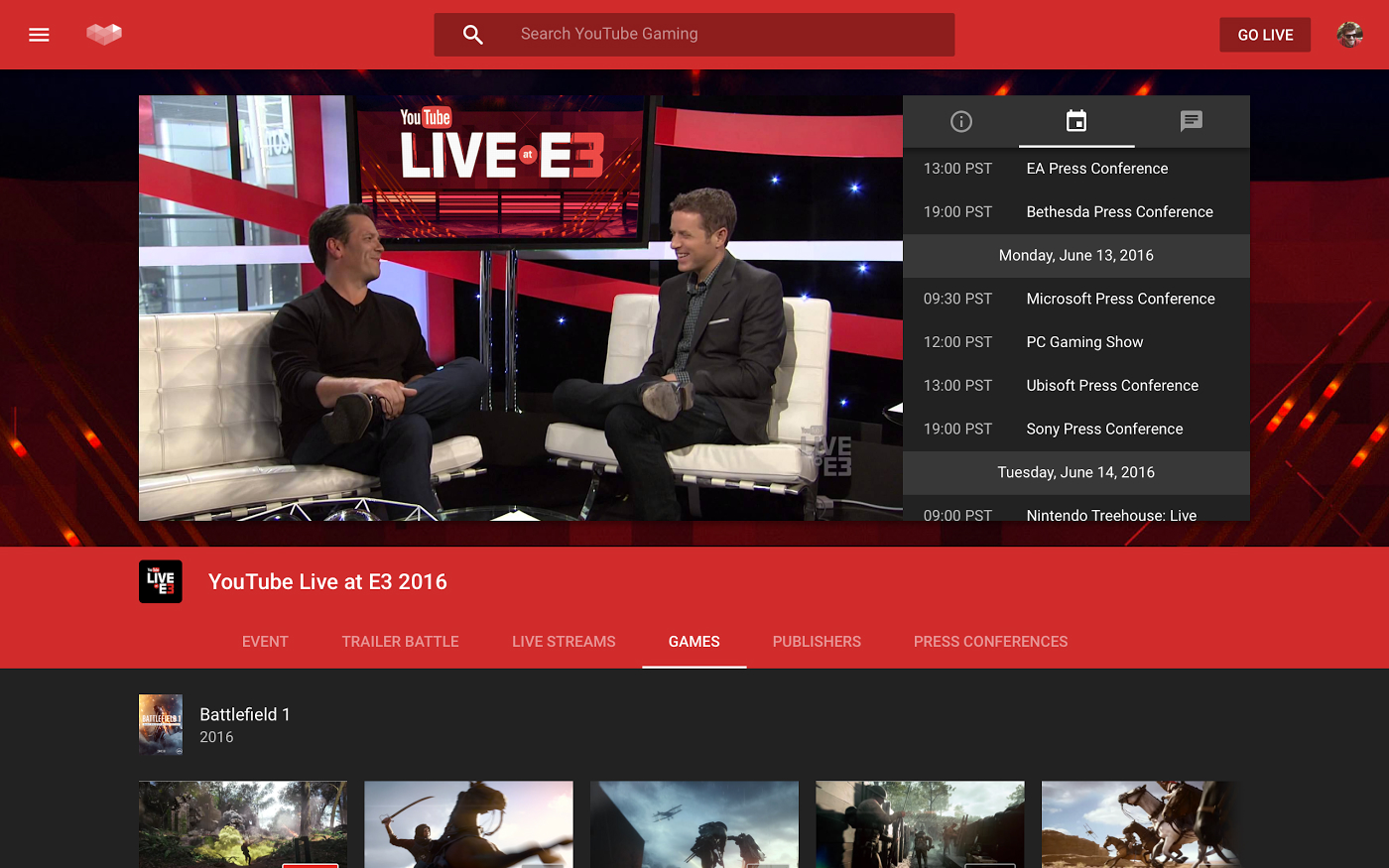 With a full streaming schedule

Last year YouTube hosted its own form of E3 coverage, which basically competed with Twitch and offered a new avenue for streaming press conferences. It looks to return this year yet again, offering up the usual content in addition to a “12 hour stream hosted by Geoff Keighly,” which kicks off at 9AM PT on June 13. In 2015 it actually had a few tidbits of news (like an announcement for Walking Dead: Michonne), so I expect some news to come out of it.

The festivities kick off initially though on June 12, when the EA and Bethesda press conferences start. Expect plenty of coverage from us that entire week!