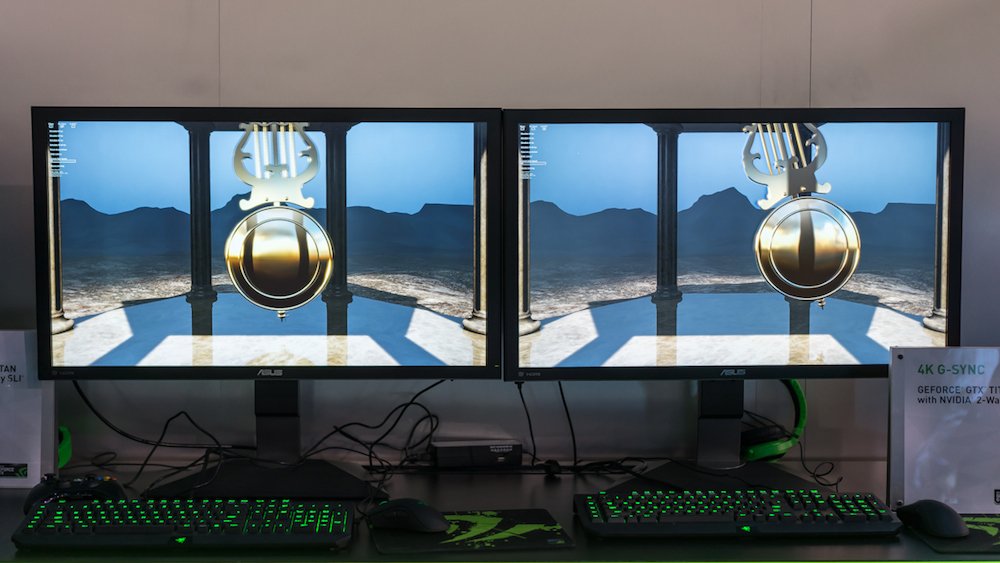 When it’s cheaper, and if you use Nvidia GPUs

We’ve known about Nvidia’s G-Sync tech for a bit, but seeing how it performs first hand at CES today has moved the purchase of new compatible hardware up my priority list by quite a bit.

Nvidia had several of the newly revealed G-Sync displays from makers like Philips, Ben-Q, AOC, and Viewsonic on display today, each running games to show off how the tech works. I tried a few of the games and watched the demos, but I didn’t see a noticeable difference right off. 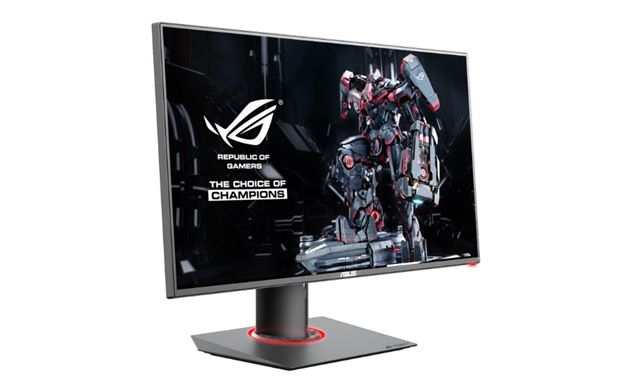 What really brought the difference home was a demo that used two modified ASUS 4K monitors. Each showed a test where a swinging pendulum could be run with V-Sync and G-Sync on or off, with tests that could be run under several different framerate settings.

At 4K, with the V-Sync off, tearing was really easy to spot, and with it on, so was the stuttering effect. The G-Sync showed no signs of either issue, thanks to the monitor’s ability to synchronize with the GPU. With it on, the monitor waits for the GPU to generate a frame, rather than the GPU waiting for the monitor to display. The image goes up immediately with G-Sync, giving you an image that is free from tearing and stuttering, as well as cutting input lag.

Nvidia told us that, in their tests, some gamers were so used to shutting V-Sync off to get high frame rates that they were perhaps too used to tearing and stutter. For some, it was to the point that these issues seemed normal and perfectly fine.

But after spending some time with G-Sync improved gaming, they quickly grew to appreciate the smooth, problem free display it brings them. 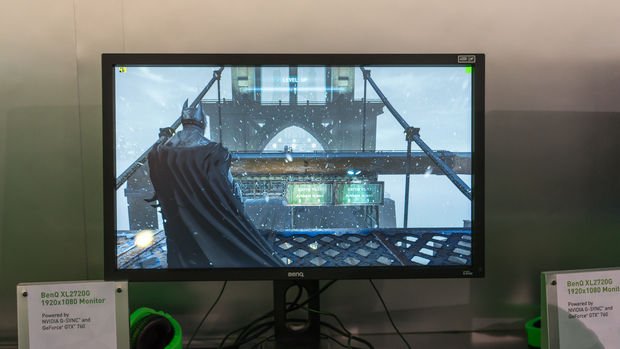 I soon started to see the difference, too.  At first I wondered if it was just the power of persuasion, but it was soon apparent that on-screen movement was smooth as butter at all times, and free from issue. Being able to toggle through modes playing Batman: Arkham Origins on a G-Sync enabled ASUS PG278Q running at 2560-by-1440, it was really easy to see the difference. Assassin’s Creed IV improved greatly with it on. And after looking at more games and demos, the G-Sync stuff started to spoil me. Now I easily see the difference, and now I feel like I need to upgrade all of my gear. Damn it.

And speaking of upgrades, Nvidia says that G-Sync is good to go in GTX 650 Ti or newer cards (sorry, plain jane GTX 650 owners), meaning that you’ll only need to get one of the compatible monitors. So if you’re pretty current with your GPU, you’re half way there. I’m not looking so hot with my 580s, though.

Right now, with the technology being new, the monitor cost is something to consider. Your standard 60Hz monitors are going to be a fair bit cheaper than these new G-Sync sets, and even nicer 120Hz offerings will be priced under these new ones, which need 144Hz to do their magic. Prices are sure to come down eventually.

After seeing those smooth as silk visuals, I feel myself being pulled into G-Sync’s tractor beam. 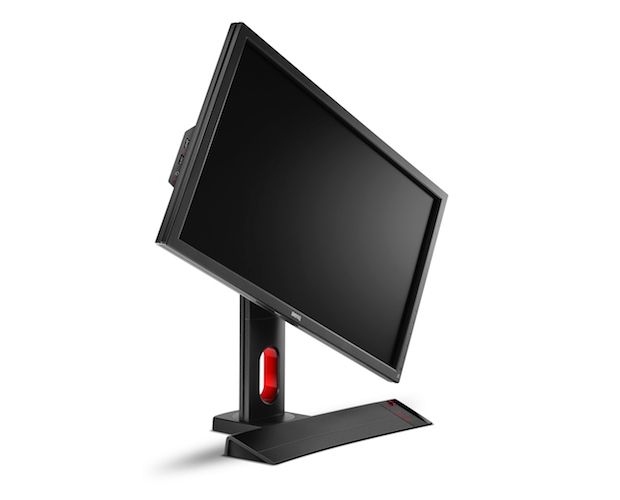 Nvidia told us that older cards paired with a G-Sync monitor feel like getting an upgrade. Play is smoother, aim is easier, and lag is lower — all goals you’d shoot for in a system upgrade. Even lower framerates feel like they’re improved with G-Sync, and the tech also plays well with variable frame rates. Nvidia says that it won’t do as well with frame rates under 30, but that shouldn’t be a problem for most gaming rigs.

What at first sounded like some unneeded proprietary technology now seems to be the obvious replacement for the current standard. I know that new things seem scary in our world, but this seems like a perfect solution to a long-standing problem. Who knows. If the price comes down and Nvidia plays nice, this could become the standard for PC monitors and other displays in the future.