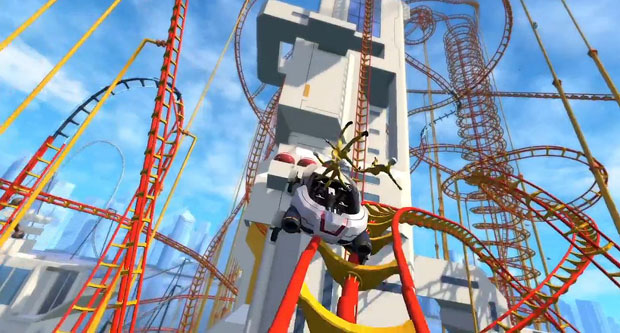 ScreamRide is an Xbox 360 and Xbox One game due out this spring that should appeal to those of us RollerCoaster Tycoon players who regularly have “accidents” happen at our amusement parks.

Now, it’s more action than simulation, but you’re still building and riding your own custom-made roller coasters — up until the point at which you intentionally launch off into a building in an attempt to bring it crashing down. Like, the buildings even have weak points. Twisted stuff.