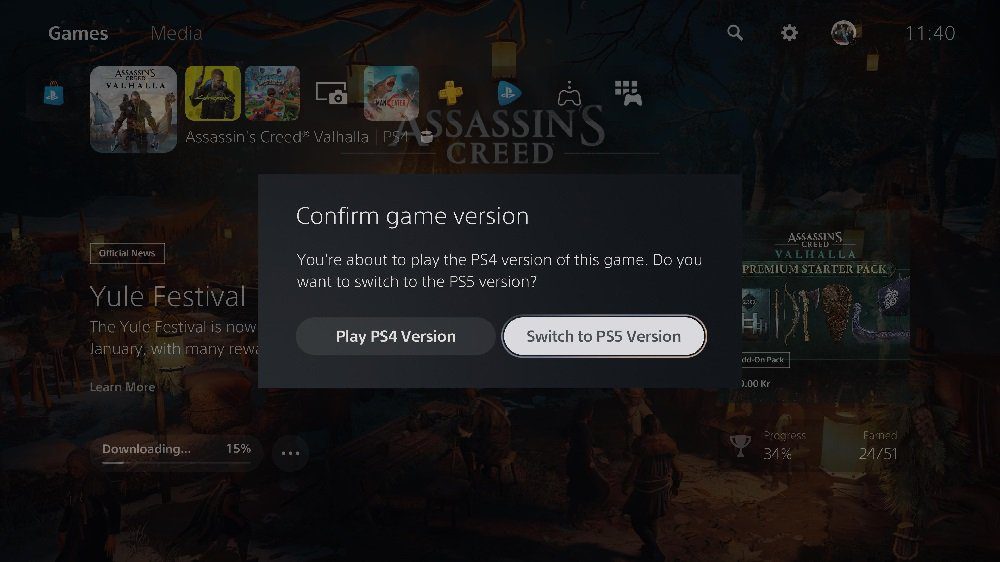 Maybe I WANT to play the PS4 version

Sony’s PlayStation 5 sure has a lot of neat features, one of which being the ability to play the majority of your PS4 digital catalogue. However, in these cross-gen times, some players have found themselves running the PS4 edition of certain titles accidentally, while the shiny PS5 edition sits confused to one side saying “Whaddya want from me?”

Well, this should no longer be an issue. As spotted by Twitter user @Tidux, Sony has pushed out a small update to the PS5 dashboard that now specifically warns players what generation of a game they are about to boot. So if you’re hitting Mortal Kombat 11, Assassin’s Creed Valhalla, Call of Duty: Black Ops Cold War, Watch Dogs Legion, (you absolute maniac), or any other title that you might happen to own on both PS4 and PS5, you can now be sure you’re getting all of that 4K, ray-tracing, adaptive trigger glory.

It’s a small addition, but one that’s both useful and very welcome. Now, about that extended storage…