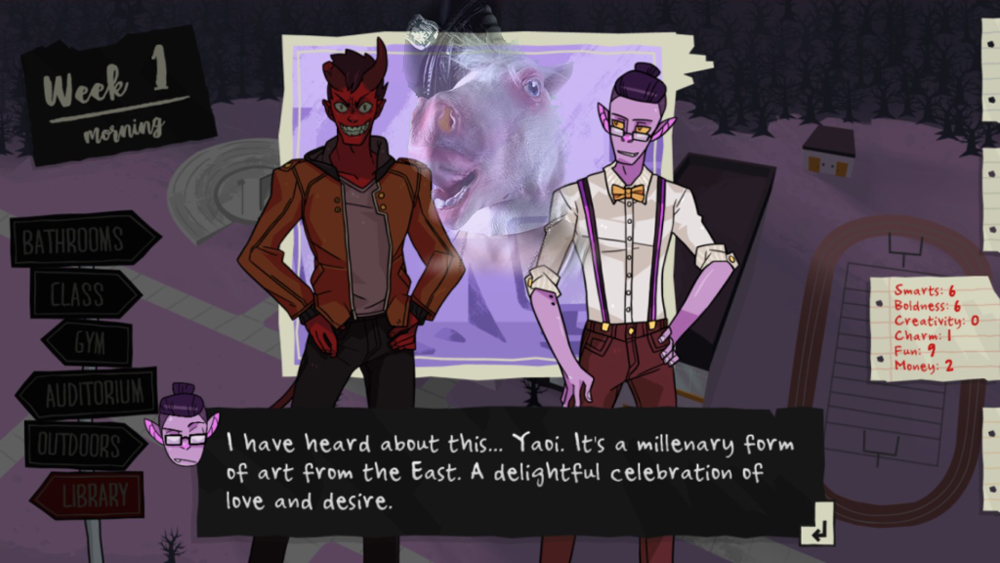 Two games about dating monsters are on the docket

With disgusting acts of violence towards Queer Americans on the rise and a Vice President elect with a long history of demonizing any person of behavior that strays from the hetero-normative standard, many Americans are rightfully afraid for their lives. That’s why now more than ever, any expression of queerness, no matter how silly or lighthearted, needs the support of those who want to stop this country from returning to the culture-wide, normalized homophobia we had just begun to crawl out of.

It just so happens that there are not one, but two games on Kickstarter right now that celebrate romance outside of the restraints of puritan ideals. Monster Prom, a delightful, local multi-player competitive dating sim, and Project Tingler, a Chuck Tingle adventure, are both fully funded kickstarter games that look to do just that. Each still has a few days left in their respective campaigns if you want to get on board. It’s particularly amazing to me that Project Tingler was funded, given its relatively large budget and its status as a free game.

In the face of so much hatred and apathy, it’s relieving to focus on the fact that for many, love is still real. We’d all do well to hold on to that truth as we face the ugliness and cruelty to come.