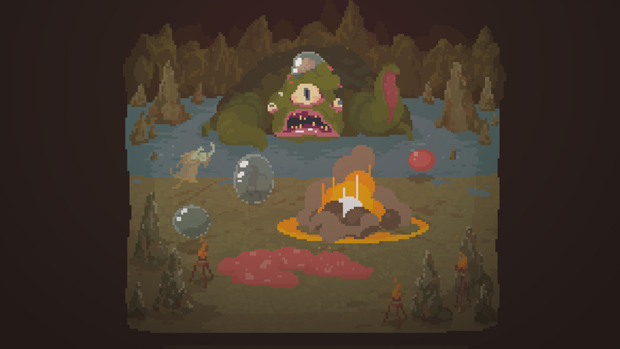 After a short delay, Powerhoof’s four-person dungeon crawler Crawl has been released on Steam Early Access for Windows, Mac, and Linux. It casts your friends (soon to be enemies) as monsters and traps while they try to take you down and claim your place as the hero. As has been the case before, this new trailer is absolutely worth watching due to the great narration.

There’s progression for both the human character and the monsters, and dungeons are procedurally-generated to keep everyone on their toes. Also, multiple players get to control the final boss, which sounds like a riot. “[M]ore monsters, deities, bosses, weapons, items, traps, environments, things to do, and secrets to discover” will be added via updates.

This one looks like it’ll be best played with friends, so keep in mind that as it stands, Crawl only supports local multiplayer — but it’s also worth mentioning that there are AI bots. Powerhoof says online multiplayer is a “possibility,” though you should hold off for now if that’s a must-have.