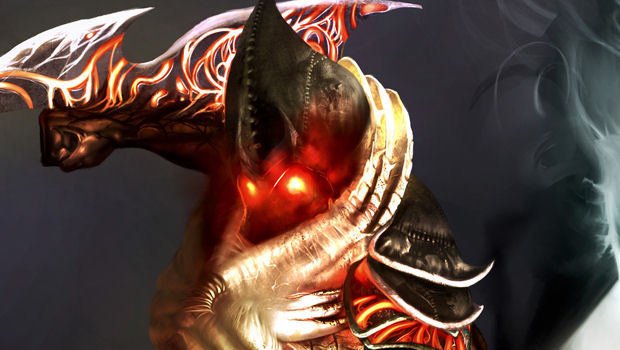 Kalypso is mostly known for publishing bright and sunny Tropico series, but the studio has turned to something a little more grisly with upcoming RPG The Dark Eye – Demonicon. With a name like that, it’s not going to be blue skies and friendly toucans.

The first bit of artwork has been released, revealing Heshthot, known more colloquially as The Grim Reaper. He servers Blakharaz, the Arch Demon of Revenge. He sports two blades and a whip. He’s probably not friendly.

The game’s out in 2012 and I’ll keep an eye on it. Kalypso’s stable of games aren’t world-beaters, generally, but they’re nearly always playable. That’s more than could be said for some.