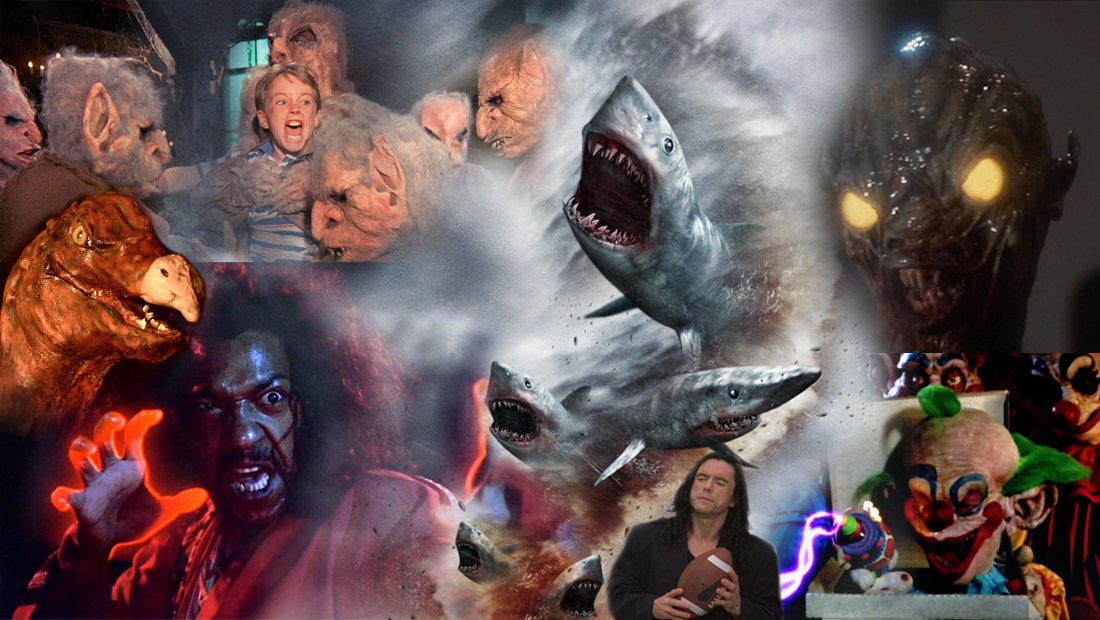 Some so-bad-they’re-good movies never make it on  your radar. And some go by disguised as legitimate filmmaking. Shoot ‘Em Up is of the second variety. Marketed as a seemingly average, if not innocuous action film back in 2007, a time when, let’s be honest, Clive Owen was in everything, I had no idea what I was in store for when I was recently called away from my desk to see the ridiculousness playing on HBO.

Within 10 seconds, I was sold. This is a priceless gem, and one that anyone who appreciates terrible movies will love. In fact, when showing it just this week, to refresh my memory, a friend said halfway through the movie, “This has just moved to the top of my list of bad movies.” 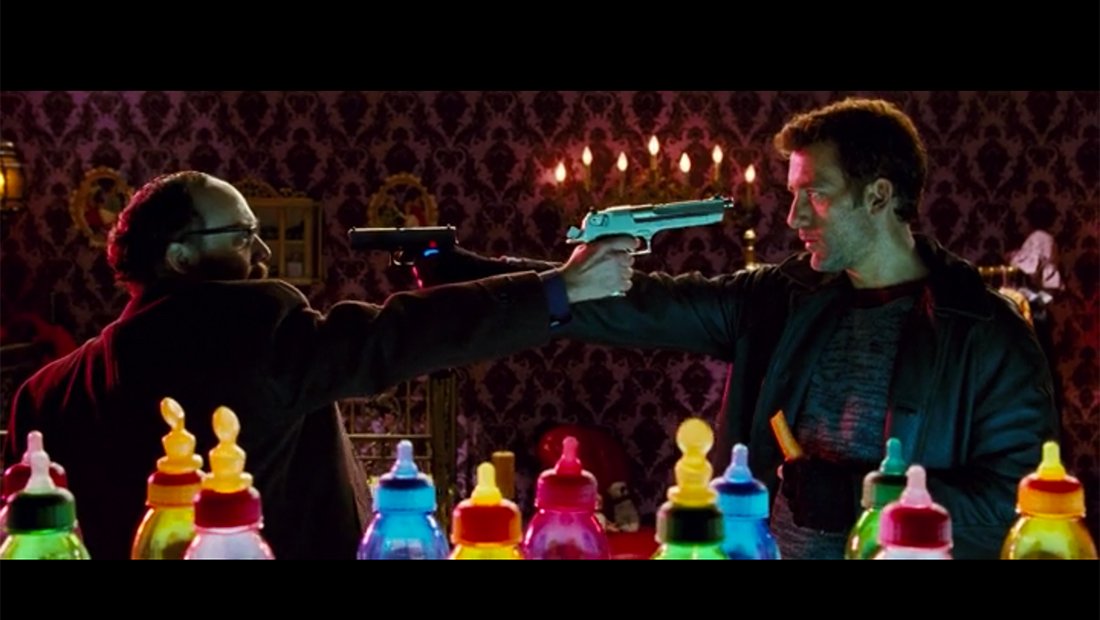 It could easily be a movie promoting the health benefits of carrots. In fact, if one were to believe Shoot ‘Em Up, the key supervision on par with Superman is a steady (one every five minutes, approximately) diet of carrots (and maybe that ultra violence so oft referenced in A Clockwork Orange). Or it could be a movie about android babies sent back from the future by an evil cybernetic overlord named Skynet to kill us all. Conceivable, but no. 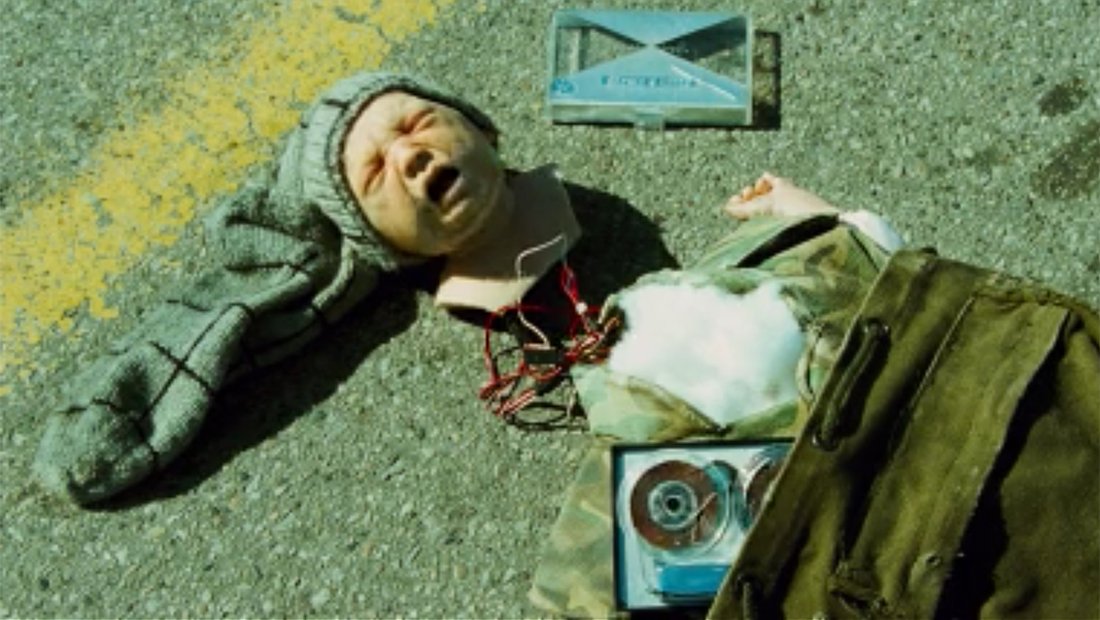 Really, Shoot ‘Em Up is a reluctant hero bystander story, wherein a drifter known only as Smith (Clive Owen) finds himself in either the wrong place at the wrong time, or the perfect place for a man of his impressive talents for mayhem and terrible witty one-liners. In either case, he saves a baby and then spends the rest of the film trying to keep the baby alive, and later a prostitute (Monica Bellucci) alive as well as the child’s surrogate caregiver. Paul Giamatti, and an odd, rag-tag assortment of the ugliest henchmen ever assembled for a mainstream film do their best (hint: not that good) to kill Smith, the baby, and hooker, only to die in droves in hilarious fashion.

Plot beyond that? No thank you. Applicable laws of physics? No mam. Discernible effort to intentionally come off as camp trite? Hell yes. Think of the worst bar lines you and everyone you know have ever either tried or joked about trying, throw them on a fridge a la magnet jumble, pick a few choice configurations, and, presto change-o, you’ve got Shoot ‘Em Up‘s dialog. 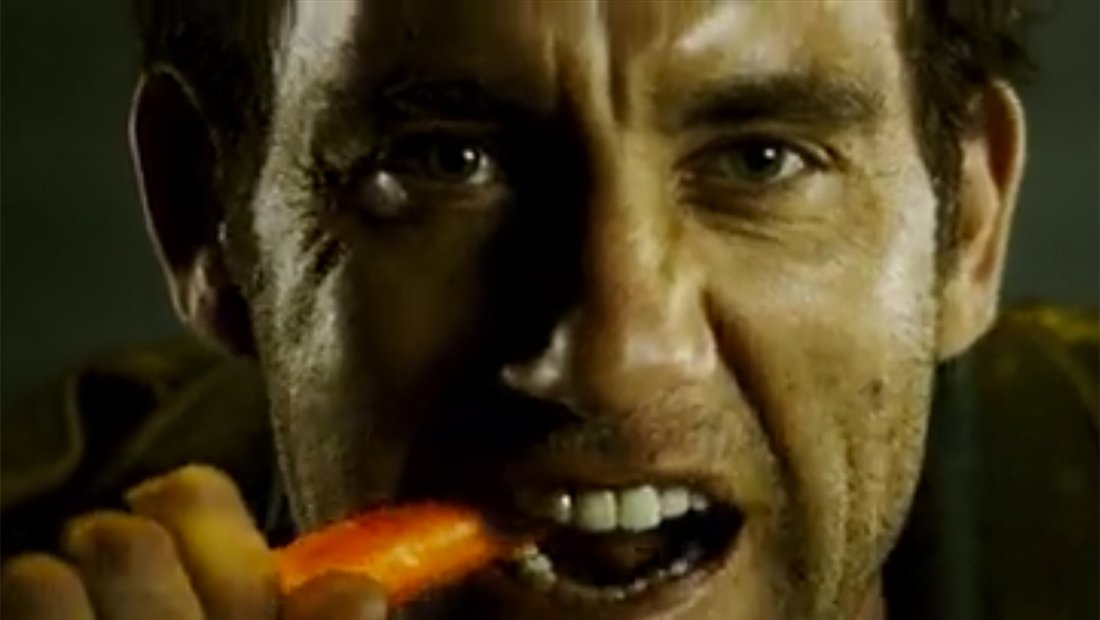 This is the story of a man that loves to eat carrots, is compelled to save babies, and act out when the sheeple of the world act the idiot savants they are: not using a turning signal? Spanking your kid in public? Don’t let Smith see you do it. He’s not bound by the moral or societal, or legally enforced restraints that you and I are and he’ll fuck your shit up. Remember, 151 bodies to his name, at last count. 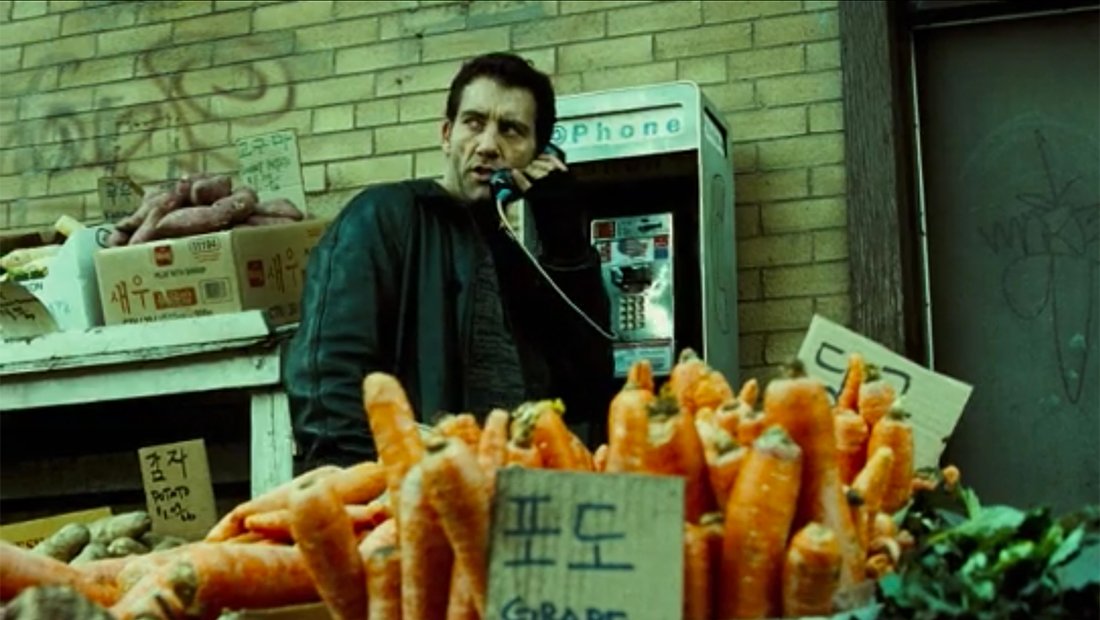 I’ve got to take back what I said about the film’s marketing campaign. Perhaps its trailers were relatively straightforward, but apparently it had some guerrilla marketing that was ahead of its time to the point that the mainstream media took it seriously, like fake ads for bulletproof baby carriages. 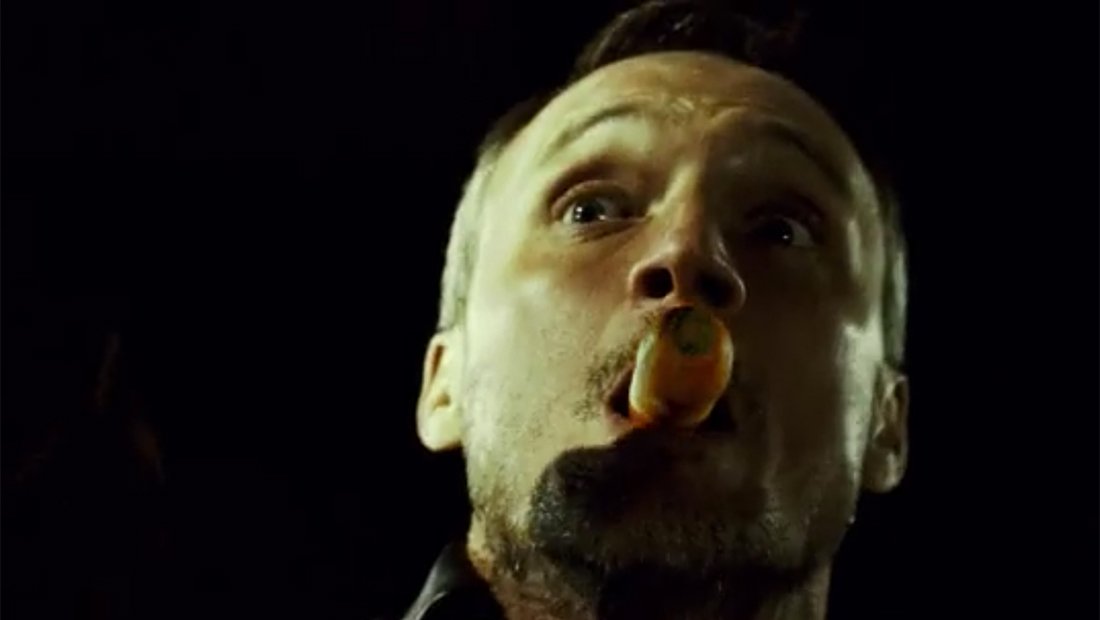 If you’re not yet sold, you should have stopped reading this piece long ago.