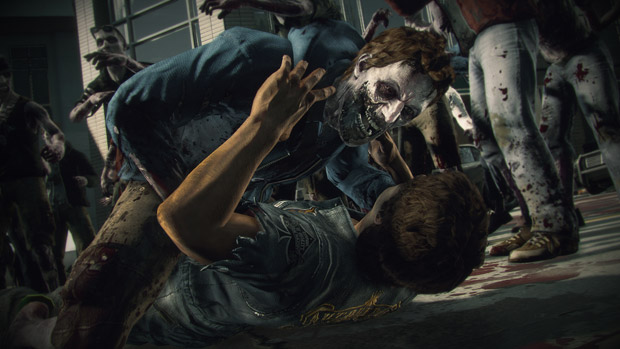 While each and every building and interior is said to be “hand made and hand crafted” in Dead Rising 3, a different approach was used to design the game’s undead. According to Capcom producer Mike Jones, “It’s all procedurally generated: hair styles, clothing, colors, textures. And the gore is too: missing jaws, missing eyes… it’s all totally dynamic.

“That’s a whole system that we built,” he told CVG. “We didn’t just model the zombies, we had to model the pieces and the system puts them together.” As a result, we’ll apparently “never see the same zombie twice.” And there’s your back-of-the-box bullet point, Capcom.

This brings me back to that quote about Dead Rising 2 having as many as 6,000 on-screen zombies. Speaking of which, Jones believes “You can have rose-colored memories of DR2, but until you go back and look you don’t realize that it’s so flat, there’s no lighting and there are barely any zombies on screen.” Here’s an old gallery, for reference.