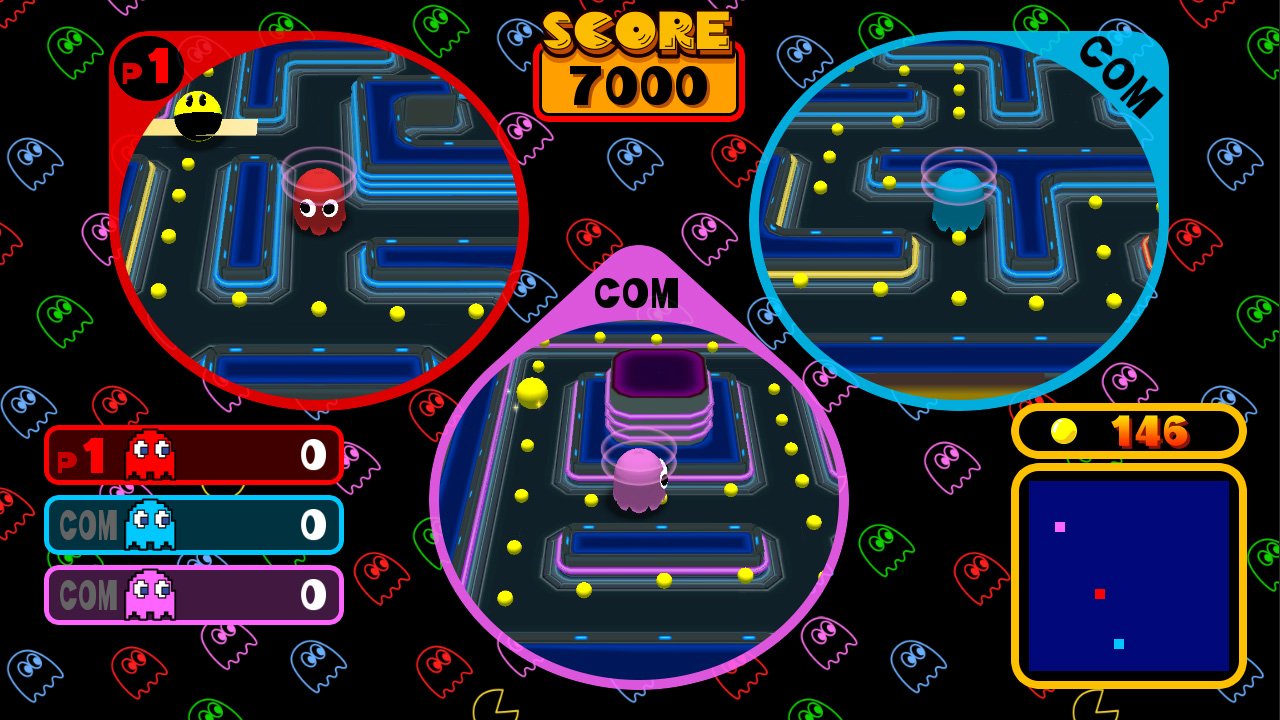 It’s been long enough since I last bought a game compilation that I’m one-hundred percent on board with Namco Museum. It also helps that 1) it’s coming to Nintendo Switch, which is where most of my local multiplayer currently happens, and 2) it contains Pac-Man Vs., a true party-game legend.

Bandai Namco has confirmed a July 28, 2017 release for Namco Museum on the Switch, along with a couple other details. For instance: you can play vertically “for a taller, slimmer screen that replicates the original arcade experience.” That’s something I always wished more titles supported.

There’s one other key point to mention. In order to play Pac-Man Vs. as it was intended, you’ll need to have two separate Switch units — one for the three ghost players, and one for the Pac-Man player. That’s a road block if you don’t know anyone else with a Switch, but it’s understandable given how the game was designed. That said, there is a “Single Console (1-3 Players)” option in which you “catch Pac-Man as many times as you can to reach the target score” but don’t get to play as him.

As a reminder, along with Pac-Man Vs., this collection includes Pac-Man, Dig Dug, Galaga, Galaga ’88, The Tower of Druaga, Rolling Thunder, Rolling Thunder 2, Sky Kid, Splatterhouse, and Tank Force.