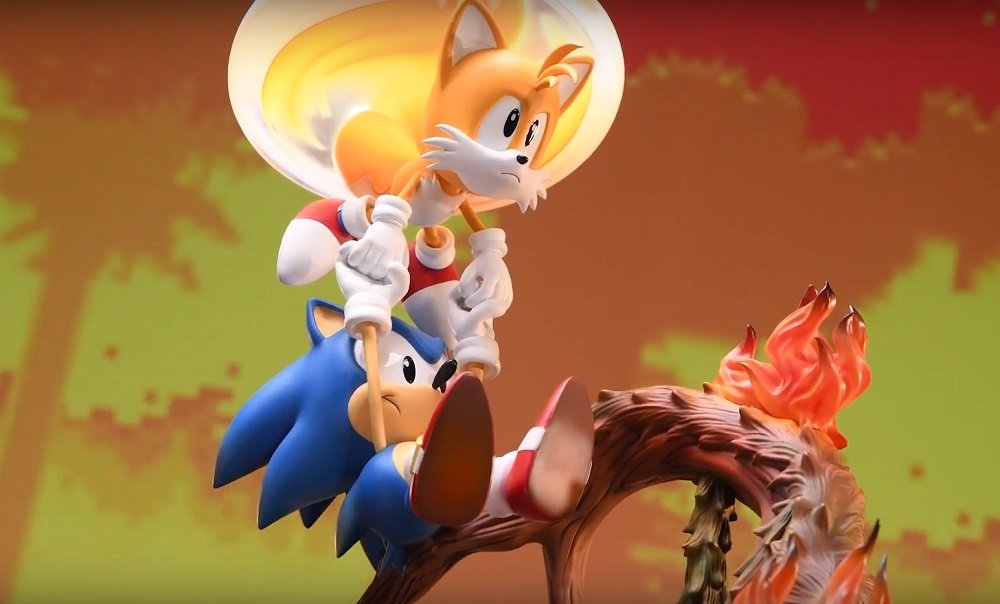 First 4 Figures has released video and images of the next statue in its growing Sonic the Hedgehog range. This nicely-dynamic diorama features the blue blur getting a lift into Sonic 3’s Angel Island Zone, courtesy of his dopey pal Tails.

Standing 20 inches high and 17 inches wide, this colourful creation would brighten up the shelves of any die-hard Sonic fan. The statue is available in three distinct formats: The Standard Edition features a scorched base design, with our heroes grinning like dang fools. The Tropical Edition features a similar setup, but with jungle-based surroundings. This edition is serious business, as Sonic & Tails have got their frown on. Finally, the Exclusive Edition features the standard design, but now lit with an LED glow.

Now for the damage. Both the Standard and Tropical editions of the statue are available to pre-order now for $499 USD each, while a combo pack – including the Exclusive and Tropical editions – will set you back a whopping $925. Don’t forget to factor in any potential shipping/customs charges, as this is a pretty hefty piece.

If you want to order one of these delightful statues, then pre-orders officially open today over at the official First 4 Figures website. Pre-orders will be open until August 16, with the statues expected to ship in the third quarter of 2020.