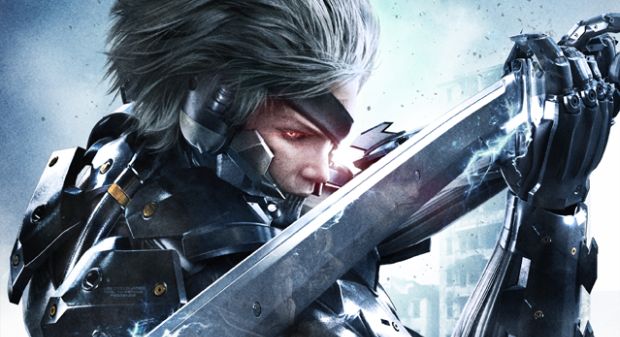 Seriously. You’ll need to literally cut off the left hands of your enemies in order to upgrade Raiden throughout Metal Gear Rising: Revengeance. Last night, I got to play the English version of the Tokyo Game Show demo Conrad played, and in one of the cutscenes, a character by the name of Doktor requests that you chop off the left hands of all your enemies and bring them back to him.

“The Doktor is a key person,” Yuji Korekado, producer at Kojima Productions, told me. “Throughout the game, if you cut the left hand and take it back to the Doktor, he’ll buy it off of you. What happens is he uses those as collectibles as well as items used for trade. So the Doktor — as the mad scientist — wants more information about cyborgs and how they interact.

“So as you bring these items back, he will upgrade Raiden, his cyborg parts, and his weapons as you trade in the points.” The demo I played featured Raiden with some upgrades already, but what exactly wasn’t specified.

You can also buy and use the boss weapons from the Doktor. “Throughout the game you bump into many bosses, and these bosses have very unique weapons, different kind of styles, and different attack methods. Now these weapons — as you beat the bosses and move forward — you can buy these weapons from the Doktor and use them as your own. This provides a new game element and aspect to the design. Each player can define their own style.”

Yuji gave the example of Mistral, the multi-armed boss that uses the dwarf geckos. She’s able to stick their arms together to create a fighting stick or whip. Well you can do the same yourself after you defeat her and acquire the weapons from the Doktor.