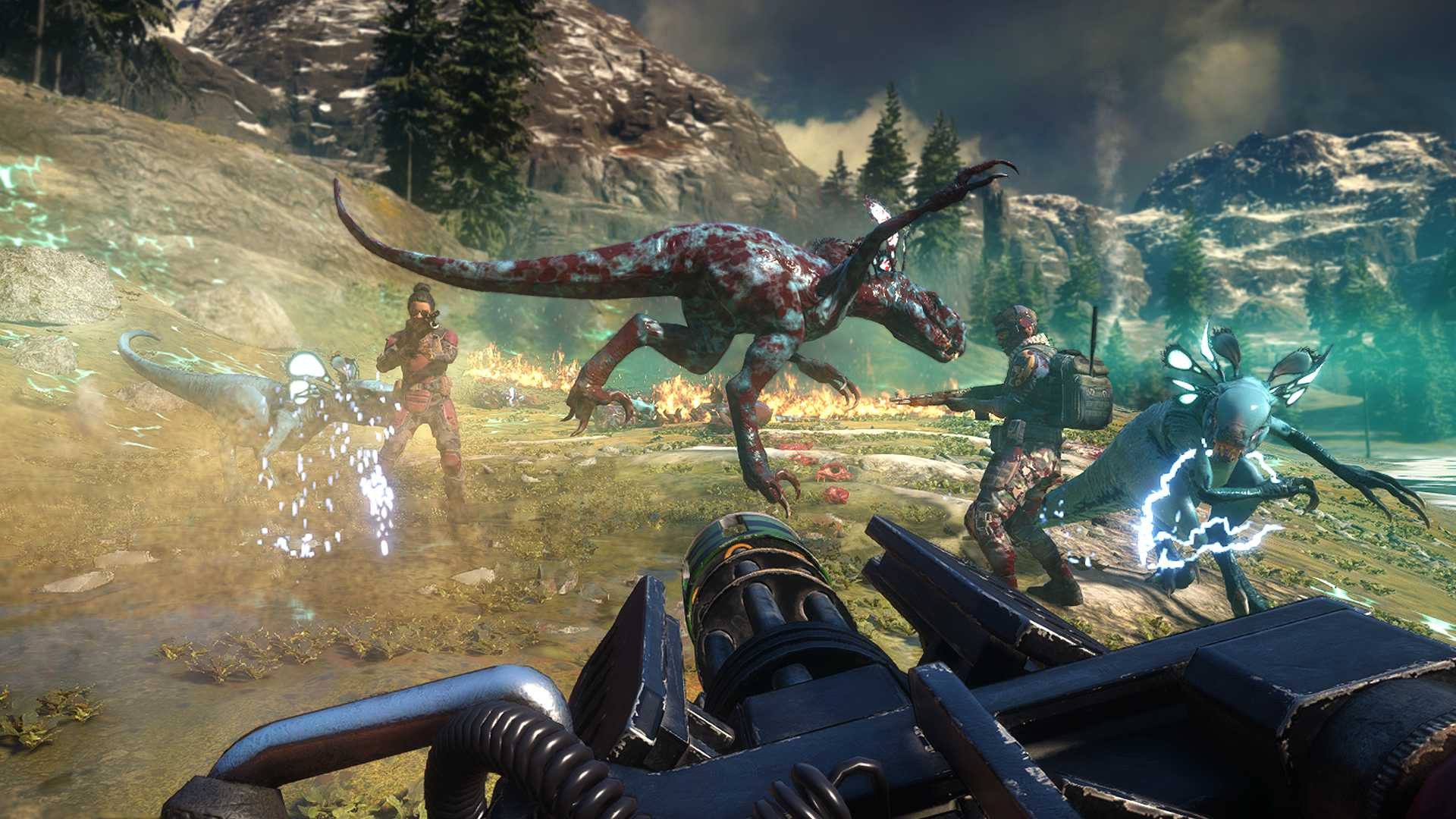 One of the most memorable Xbox Series X games shown this week was Second Extinction, a mutant-dino-blasting co-op shooter that some of us briefly mistook for Turok during the Inside Xbox showcase. The streaming event struggled to meet fans’ expectations, but this one definitely spoke for itself.

Systemic Reaction is already drumming up interest for the Second Extinction beta. It’s going to be a PC-only test – and it won’t be playable until later this summer – but it’s not too early to get squared away.

The developer has a refer-a-friend War Support system in place for doling out invites. By inviting pals to “join the Second Extinction emailing list” with a custom referral link, you’ll earn rewards including PC beta access, a name plate, a weapon skin, and an in-game emote. You’re probably most interested in trying the beta, though. Same! The good news is that you only need one “recruit” to earn access.

Second Extinction is also coming to Xbox One and Xbox Series X, but these rewards are PC-only.

“You join up with friends, pick a mission, load-out, and then hurtle your way planetside for your adventure to begin,” he said. “Once your mission goals have been completed, you’ll have to navigate a dangerous extraction in order for you and your teammates to make it out alive. Safely back home, you get to use your rewards to purchase new weapons, upgrade them, and get ready to leap back in.”

The developers also teased The War Effort – a “dynamic element” that will give the game legs.

I’m not expecting Second Extinction to set the world on fire, but it looks fun for what it is. I figure I’ll be super into it for a few weeks, slowly lose interest, take a break, and then struggle to return.

If that’s how it ends up going, no big deal. That’s okay. I’m just here for the Acid Raptors.