Get a look at it in the gallery below

Capcom has been pretty mum on a few details regarding Ultra Street Fighter II: The Final Challengers, including the pricepoint, which is rumored to be whereabouts of $40 for the west.

While that’s still an unknown right now I did get a chance to try out the Switch exclusive at a Nintendo event this weekend, and other than a few unknowns, it’s shaping up to be a decent continuation of the Street Fighter II legacy. 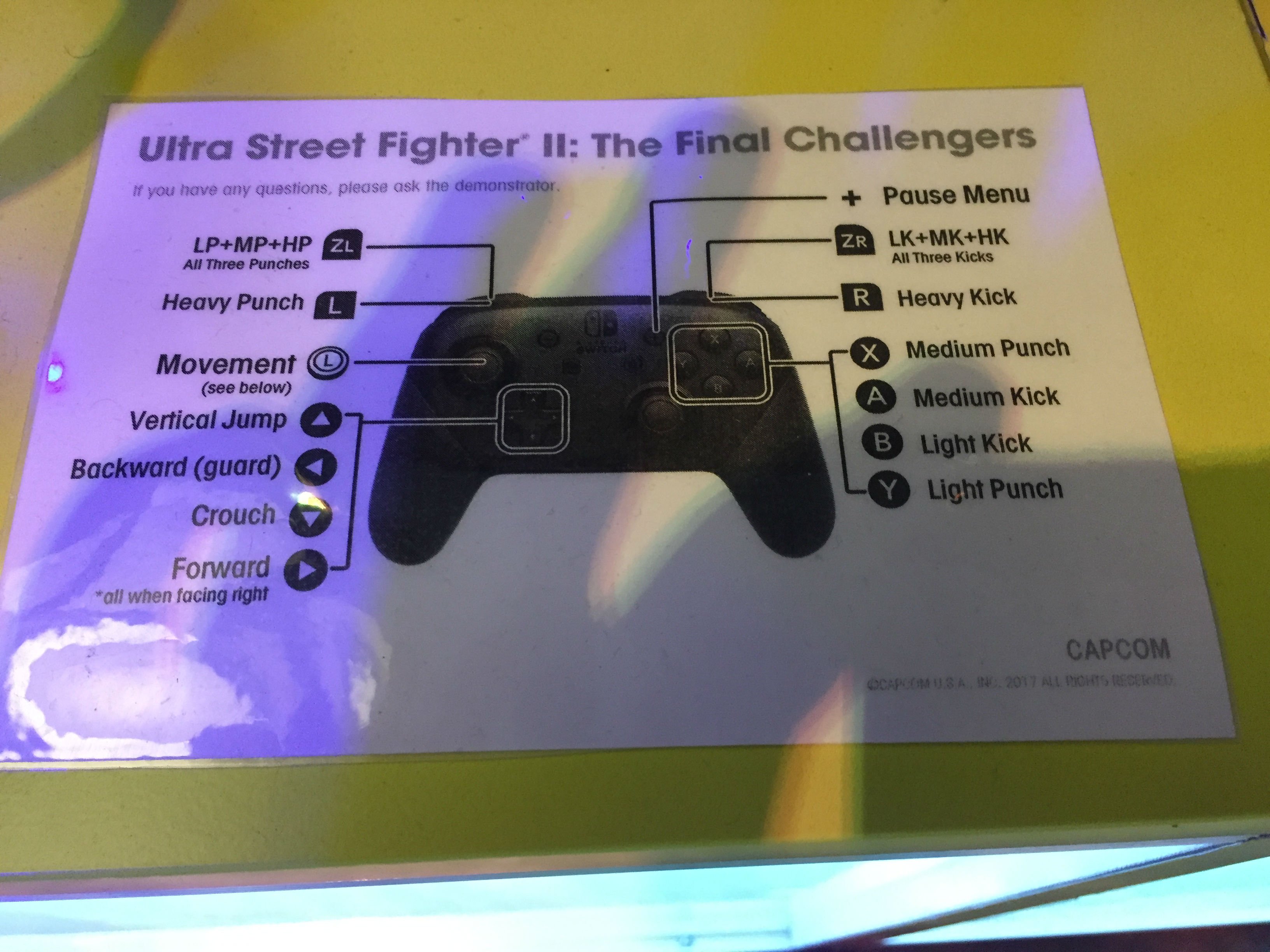 During my play session I had a chance to try out several matches in both the “retro” classic graphics mode and the overhauled one that was featured in Super Street Fighter II Turbo HD Remix for the PS3 and Xbox 360. The original uses a 4:3 aspect ratio and the revamped one uses 16:9, and they’re wildly different. While the latter almost has this cheap “flash game” look it’s very sleek, especially on a high-end TV. I adore the retro style, especially for characters that weren’t in the original roster of any iteration of Street Fighter II — Evil Ryu (who debuted in Alpha 2), and Violent Ken (who was in SVC Chaos). Those two plus the original 17 characters make for a total of 19 playable cast members.

As for the game itself, I mean, it’s Street Fighter II. The old-school setup still holds up, with a heavy focus on anti-air and high damage normals. As always versus is still the main focus, with TV play and local tablet matchups reigning supreme. It will sport an online mode, but your guess is as good as mine as to whether or not the Switch install base will be high enough to give birth to a thriving, always-on community. I was also unable to test the 2 v 1 “dramatic battle” mode, which will not be playable online.

The event only had Pro Controller support on-hand, but I did get to use the Joy-Con single remote and the tablet configuration for several hours for many other titles. Go ahead and take a look at both pictures to get an idea of how Ultra would work — you’re either going to be relying on the analog stick (which is fine for some people), or working with a non-existent d-pad that has four face buttons. Clearly, the Switch Pro Controller, with its real d-pad, wins out.

The new Pro controller itself is roughly on par with the Wii U Pro, quality-wise. It’s hefty without feeling clunky, the buttons are firm, and it has everything you could possibly need — start and select (as well as a share and home button, take that DualShock 4), face buttons, two analog sticks (in the Xbox configuration), a d-pad, and four top buttons (L, R, ZL, ZR). Out of everything I played with it though I didn’t really see the justification for the $20 price hike on the Wii U Pro, just for “HD rumble” and amiibo support (Splatoon 2 did showcase its gyroscope capabilities, but that’s it).

Which kind of leaves me in a weird spot, even having pre-ordered it. It feels absolutely necessary for a few games, and less so for others (Sonic Mania was fine without it given that it only has a jump button and works fine on a single Joy-Con). You’ll want to pay close attention to how well all of the myriad controller options play out before you go all in. For some close-up shots of the Pro Controller, feel free to peruse the gallery below.