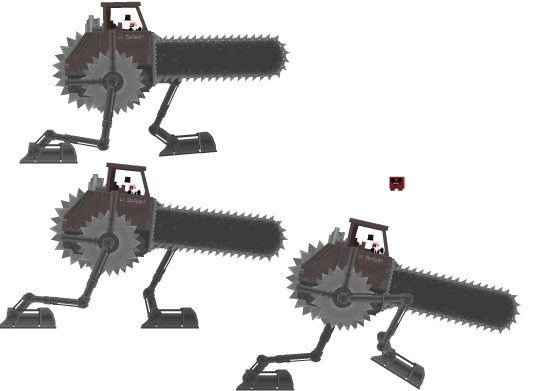 I recently got to play a beta of Super Meat Boy, and it was awesome. I haven’t played a game with this much impending death in a long time. So far, it seems the Super Meat Boy world is pretty much made up of five things; you, the walls, the floor, giant buzz-saws, and cute little bunnies (who frequently jump into the buzz saws).

Oh, and blood. Lots and lots of blood.

The game’s first boss will do well to keep with the game’s bloody, saw-filled feel. From the looks of it, the thing is basically a giant chainsaw with feet. Why hasn’t this been done before? It’s such an obviously good idea; a chainsaw with feet. Here is it, 2009, and this is the first time I’ve seen one.

Filed under... #Does it suck?#WiiWare