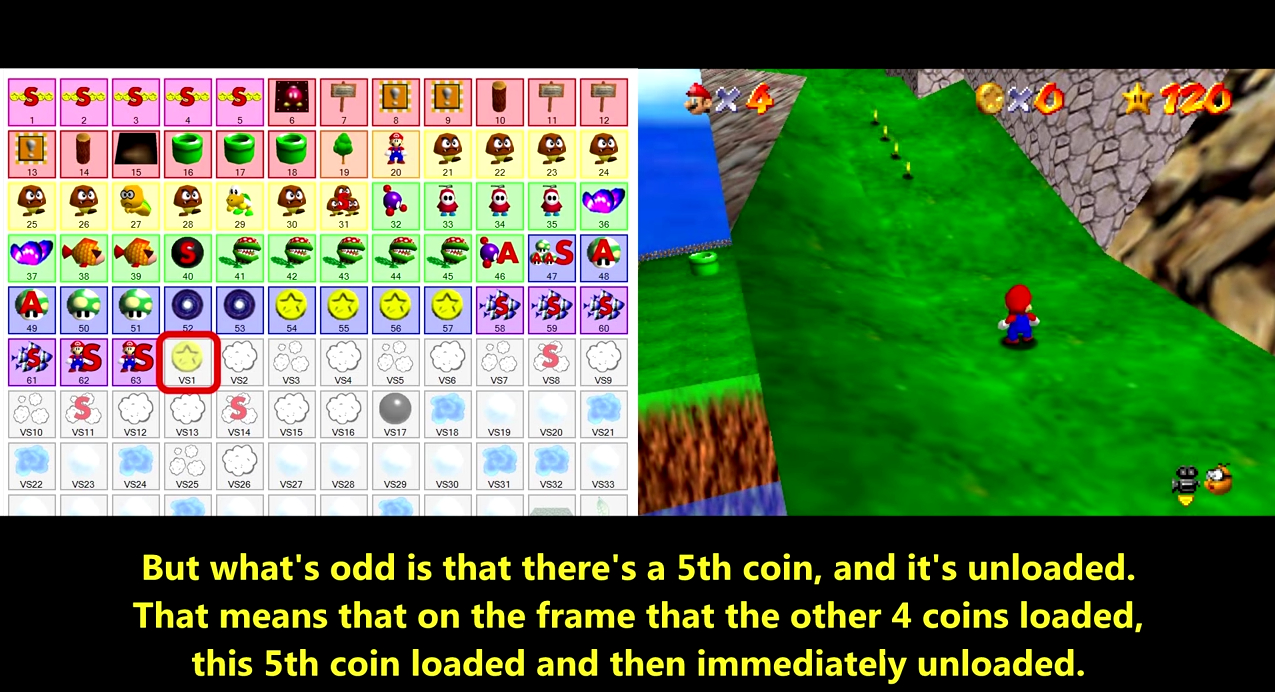 Friends, I know our culture of conspicuous consumption and wealth hoarding encourage us to collect all of the coins, but, alas, you will not be able to collect this coin. At least not without hacking like some sort of Russian.

The coin spawner is so low because the slope of the hill used to be different; it was changed to accommodate the big balls rolling down a different path, and the coin spawner was not moved up — this seems to be the only coin that triggers the unloading fail safe. Unless whoever wrote the fail safe just wanted it to be used at least once.