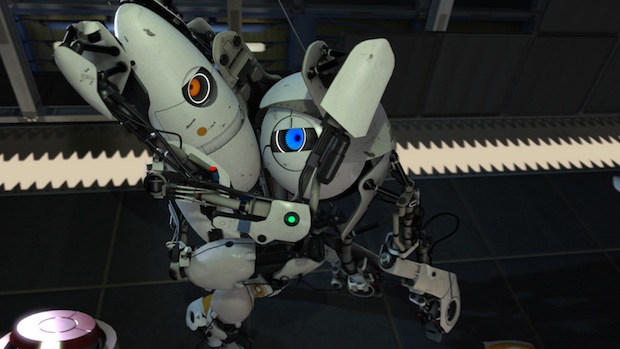 Thanks to the Internet, you’re never too far from one guy or gal’s creative attempts at proposing to their partner in a completely unique way. Proposing via a videogame isn’t totally new — we’ve seen marriage proposals in games like Minecraft, Halo 3 and LittleBigPlanet. However, level editors Douglas Hoogland and Rachael van der Meer have made one of the best videogame proposals yet, by creating this brilliant Portal 2 scenario.

One of the first things you’ll notice is that this isn’t a couple of simple tests, followed by a proposal written on a wall and a cake joke; this is a full-blown set of testing chambers with some smart solutions, including one tricky puzzle that involved five laser-reflection cubes. Of course, it all seems fairly easy when someone else is solving the puzzle for you.

And the best bit? The fact that Doug managed to get GLaDOS herself, Ellen McLain, to record the dialogue for the test chambers! The whole project was done for Gary Hudstone to propose to his girlfriend Stephanie and she did accept his amazing offer of marriage. How could she not? I mean, it’s not like he just pushed a ring towards her whilst he wolfed down some steak.

Which I did not do myself.

Filed under... #Love#Offbeat#Portal 2#Things gamers do